Ai Weiwei on the politics of Beijing building 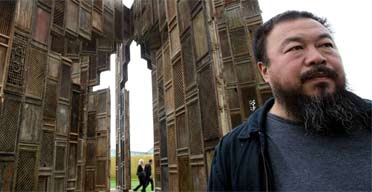 Ai Weiwei, celebrity Chinese artist and design collaborator for the Bird’s Nest Olympic Stadium, on the construction boom in Beijing:

While some gasp at Beijing’s extraordinary new skyline, with its statement buildings and rows of cranes, Ai remains singularly unimpressed. ‘It’s like another revolution,’ he says. ‘The speed of it. But if you look at the scale of it, you can tell that no time has been devoted to thinking. It has not been done gracefully. It’s rough and short-sighted and temporary. Cities always reflect human history. We can’t really judge it now but I’m sure there’s going to be a lot of saying sorry later. [What we need to know is] who’s building it? How do the developers get the land? It’s so political. In 1949 most properties lost their owners. They were either kicked out or killed. The nation owned the property. Since then the state has just sold it to people who can afford it. So property should be [according to the government] for the whole nation, yet the government takes the profit. No political, philosophical or moral aesthetic is involved. It’s just: let’s be rich first. Except that people are finally starting to question: who is getting rich?’ (The Observer, July 6)