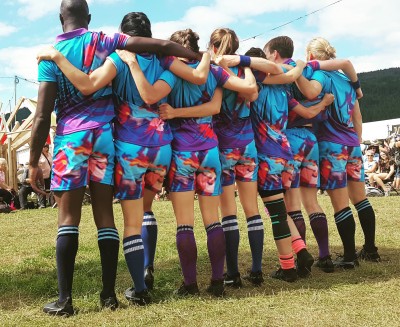 It happened.  We performed at the Eisteddfod – on the Maes, in the middle of the festival field.  A dream and hope that the National Dance Company could perform at the Eisteddfod became a reality.  It was a first for NDCWales and I know people acknowledged that it was a big deal.  It also attracted attention beyond Wales with Front Row interviewing me about the piece - a slightly odd experience as I followed a tricky interview with Candace Bushnell talking about sex in retirement homes! That kind of attention was also a first for the company and something it deserves.  And it’s clear that our participation in BBC #DancePassion paved the way for this interest.

We performed on two days.  The first was gloriously sunny and though the dancers had to find stamina to cope with three performances, it was a relatively straightforward experience.  It was great to see us reaching a different audience to those that would come to see us in a theatre – a greater age range and many more men than usual for us.  There was lots of media attention, lots of positive feedback and huge sense of relief and achievement for me. 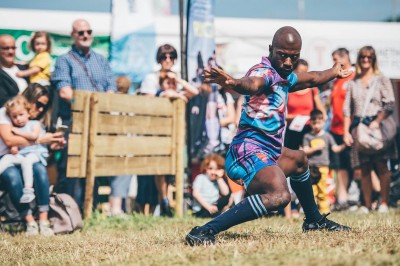 Day Two was more of a challenge as there were severe weather warnings and so we sacrificed one performance and prepared to do our final show indoors.  However that wasn’t ideal in terms of space or the potential to attract audiences and when the weather wasn’t as bad as forecast, we had to consider what we would do.  Should we perform outdoors in the space we knew, even if it was wet and more muddy.  We knew that rugby happens in that kind of environment but we also knew that the dancers needed to be safe to be in rehearsals on Monday for our Hong Kong tour.  The uncertainty was worrying but it was also something we planned for, something we accepted when deciding to do our work outdoors.  A certain amount of improvising and surrender to place and environment was necessary.  Having assessed the risks, we performed outdoors, mostly in the sunshine but with a much more cut up ‘pitch’.

The word balchder/pride is often used in relation to the values of Welsh rugby.  I felt hugely proud of the dancers for their resilience, commitment and skill in embracing the environment.  I saw them pull together, to take care of each other and of the work that we’d done together.  And I was moved to see a community and team in action.  Ultimately that’s what the work is about.  Building a community of support, one that is resilient, inclusive and strong, feels like an important artistic, political, and human activity in these fractured times. 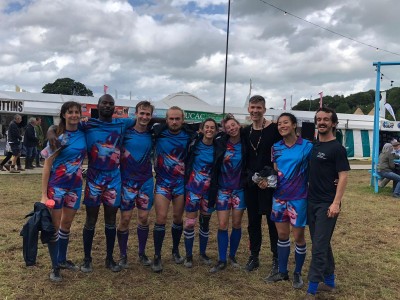