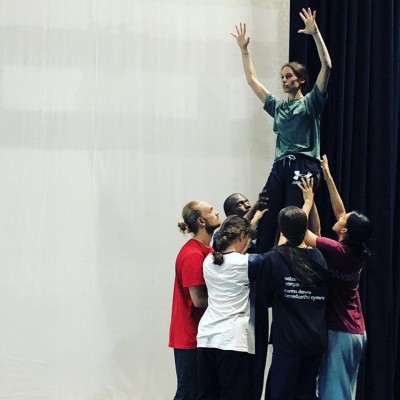 It’s the end of the first week of our making Annwyl i mi/Dear to me (the piece we’ll premiere at the Eisteddfod in August).  The team has gathered: the dancers (Aisha, Ed, Elena, Faye, Folu, Tim, Nikita), the composer (Tic Ashfield), the costume designer (Carl Davies) and everyone in the NDCWales company who’s been working in different ways on the project for a while already – communicating about the work, organising how it will all happen, planning for it, raising funds for it, ensuring there are opportunities for learning and participation through it.  Though we’ll see the company’s performers visibly carrying the work, it’s a work that’s made possible by many more around them. 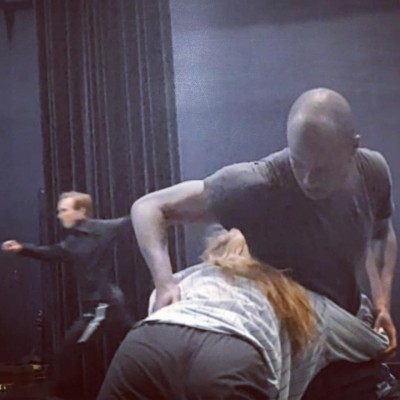 We’re excited because while we’re aiming for our premiere in Eisteddfod, it’s just been made public that this outdoor piece is going to be presented in Japan as part of the Welsh government’s cultural programme around the Rugby World Cup in September and as part of  UK in JAPAN 2019-20 a British Council and British Embassy Tokyo initiative.  It’s a big opportunity to present our work around the World Cup, an opportunity for the company and for dance to be visible in that context.  Exciting but also some pressure. 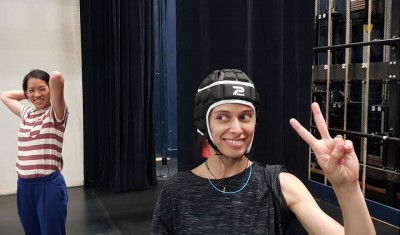 However, that pressure isn’t useful in the first week of a making a new piece.  Instead I’ve wanted to continue the spirit of exploration that we had in our previous two weeks of Laboratori so that we could use this work inspired by rugby as a way to forge relationships, communities, teams of support  – support that would take care of people but also that would support them to take the risks necessary to excel.  I want the work not to be about community but to model it and that means taking time to figure out the structures and approaches that will support our community.

Labels: Annywl i mi, Dear to Me, The Rygbi Project