Catching up with myself

I haven’t posted for a while. The past month has been busy with preparations for Edinburgh and with the creation of Dialogue, the new collaboration with Xiao Ke and Yin Yi that premiered in Dancehouse at the end of July. It was fascinating to spend time with the Chinese artists and to be confronted with myself, my habits and my deeply held assumptions when confronted by their very different approach.

The temptation is to talk about these differences in a China vs Western framework but to be honest it’s difficult to discern just how typical any of us of the cultures we’d be required to represent in this kind of dichotomy. As we see in the Beiijng Olympics, China has become skilled at delivering a Western audience what it thinks is expected of it (aesthetically pleasing little girl singers for example) so the oppositions are difficult to sustain.

For that reason, I’d presented the work as an encounter between individuals (already a revealing and culturally indicative gesture, I’ll admit), between a tall body and a shorter one, between a man and a woman, between an Irish performer and a Chinese one (Ireland vs China, Ireland + China?). If we were successful, and I think we were, it was in having found a way to allow all of those differences and potential oppositions to co-exist in the space articulated by the dance. We didn’t try to homogenise our movement styles; any unison dancing served only to highlight our differences. In a context where the integration of foreign nationals into Irish society was mentioned, I felt this demonstration of fruitfully co-existing difference had a countervaling weight. 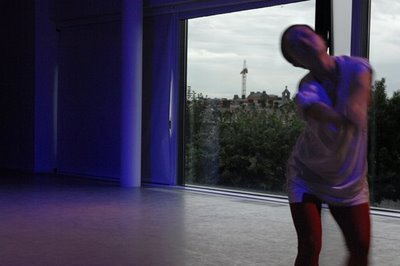 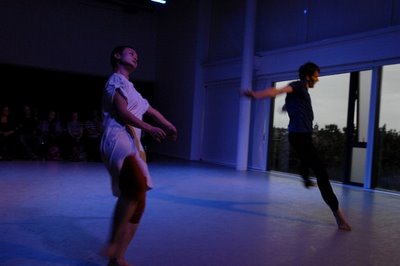 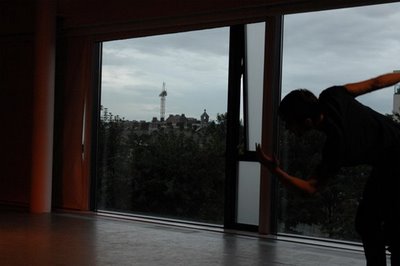 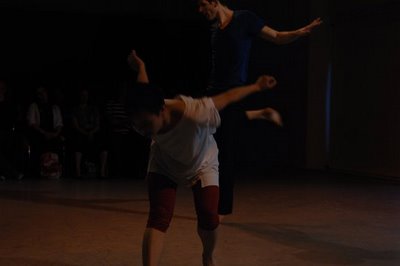