Cure: Illness, individuality and the group 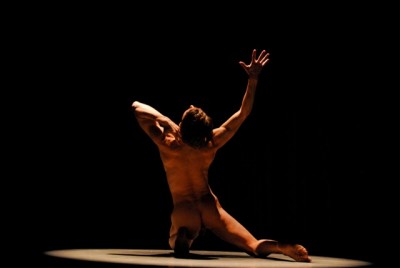 There is now also overwhelming evidence that our electro-chemical thermostatic settings result from care during the first six years of our lives and from prenatal factors, putting us at more or less risk. This vulnerability is exacerbated in later life by high economic inequality, excessive materialism and excessive stress on individuality at the expense of collectivism. We need a total rethink of what our society is for – is it the profits of a tiny few or the wellbeing of the majority? The status quo is not only ecologically unsustainable, but emotionally too’ Oliver James

In a discussion in the Guardian, prompted by news that the Houses of Parliament are to have an in-house psychiatrist, psychologist Oliver James points out that mental health is not just an individual problem nor can it be addressed by individuals alone. Through the Cure creation process I have been confronting some of my own attachment to individuality and to my self-conceptualisation as an individual that has needed protecting from collectivism. Collectives haven’t felt particularly welcoming of the difference I represented and so I am wary of any appeals to the needs of the group over the individual.

However, when groups are capable of integrating and benefiting from difference and diversity then I am very happy to integrate myself in them. Through Cure, I have been able to experience and build on the support of a particular network that has sustained me (artistically at the very least) in the past and continues to do so in this work. However, in accepting that good mental health depends on a sense of belonging, I don’t accept that groups are sui generis beneficent since it is precisely the intolerance of some collectives that excludes individuals and puts them in psychologically, emotionally and socially vulnerable situations.

It was precisely this kind of exclusion that came to light in the MacAleese report on the Magdalene Laundries in Ireland. As Taoiseach Enda Kenny admitted in his apology to the Magdalene women:

‘We lived with the damaging idea that what was desirable and acceptable in the eyes of the Church and the State was the same and interchangeable.

Is it this mindset then, this moral subservience that gave us the social mores the required and exclusive ‘values’ of the time that welcomed the compliant, obedient and lucky ‘US’ and banished the more problematic, spirited or unlucky ‘THEM’?

And to our nation’s shame it must be said that if these women had managed to scale the high walls of the laundries they’d have had their work cut out for them to negotiate the height and the depth of the barricades around society’s ‘proper’ heart. For we saw difference as something to be feared and hidden rather than embraced and celebrated.’

Fintan O’Toole’s article on Kenny’s apology questions if those values have so readily been left behind. The full text of the article is below as the Irish Times ultimately puts its archive behind a paywall:

A temptation newspaper columnists should avoid is the urge to make links between different stories simply because they happen to be in the air at the same time. But here goes anyway.

Is there not some kind of connection between two big aspects of contemporary Ireland: the extraordinary apparatus of repression whose existence we are finally acknowledging; and the sense of powerlessness with which most Irish people have faced the current crisis?

Listening last week to Enda Kenny’s courageous and superbly crafted speech of apology to the Magdalene women, one phrase struck me especially hard. The Taoiseach spoke of the “‘values’ of the time that welcomed the compliant, obedient and lucky ‘us’ and banished the more problematic, spirited or unlucky ‘them’.” It raised an obvious question: when, if ever, did those values change?

Are these just values “of the time” or do they form a habit of mind that is still hard to shake off? At what point did Irish society lose its tendency to value compliance and obedience over awkwardness and difference? The obvious answer is surely “never”.

If there is more continuity than we like to admit between the culture of compliance in a “cruel, pitiless” Ireland of the past and the strange passivity of the present day, this would not be all that surprising.

The sheer scale of the Irish system of institutional incarceration is breathtaking. Eoin O’Sullivan and Ian O’Donnell, in their recent book, Coercive Confinement in Ireland, show that the State locked up one in every 100 of its citizens in Magdalene laundries, industrial schools, mental hospitals or “mother and baby” homes.

At any given time between 1926 and 1951, there were about 31,000 people in these institutions – only a small fraction of whom had committed any crime. The 1 per cent figure also applied to children – one child in every hundred was enslaved in an industrial school.

This was our Great Purge, our way of establishing religious, social and moral “purity” by locking up and “correcting” potential deviants. This level of “coercive confinement” is extreme for any democratic society. In 1931, the Soviet gulag held about 200,000 prisoners – from a population of 165 million.

The Irish system held 31,000 people – from a population of three million.

I am not, I should stress, comparing the two systems directly or suggesting that Ireland was a totalitarian dictatorship – merely trying to give some sense of the relative scale of the operation.

Mass emigration “banished” most of the “misfits” who would otherwise have been locked up. And many priests, nuns and brothers were themselves institutionalised in a way that was at best semi-voluntary. (Teaching orders, for example, used their own schools to recruit impressionable children.)

The effects of something as large as this don’t just disappear in a generation or two.

This is especially so because the reach of the system went far beyond those who were actually locked up.

It was less violent than its equivalents in totalitarian states, but it had two exquisitely insidious refinements. One is that it was entirely obvious – there was no distant Siberia.

The institutions of confinement were not only not hidden, they were the most prominent buildings in many Irish towns.

This meant both that they served as a general warning to the entire population but also that they invited collusion – Irish people came to accept this brutal system, not as the hated imposition of a tyrant or invader, but as our Irish “normality”.

The other refinement was even more psychically destructive. The system managed to make families in many cases the agents of harm to their own members. It is truly terrible when the secret police come and take you away to lock you up for some unknown crime. It is far, far worse, when your own mother and father play the role of the secret police.

Many parents and siblings struggled heroically to protect their loved ones. But too many fathers left daughters at the doors of institutions and told them never again to darken the doors of home; too many mothers got rid of their “flighty” daughters for fear they might bring shame on the family; too many siblings were happy to see an awkward brother or sister locked away in a mental hospital.

This surely is where the worst damage was done to the culture as a whole.

The system taught a whole society very deep habits of collusion, of evasion and, perhaps most insidiously of all, of adaptation.

Have we really unlearned those terrible lessons so thoroughly that we can say with confidence that we no longer adapt ourselves to grotesque realities?