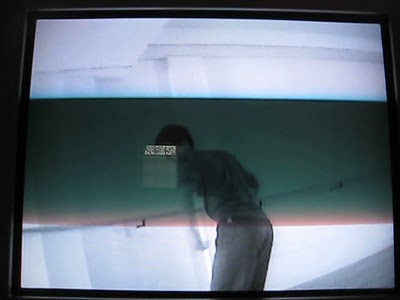 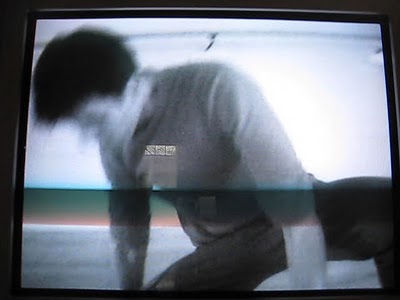 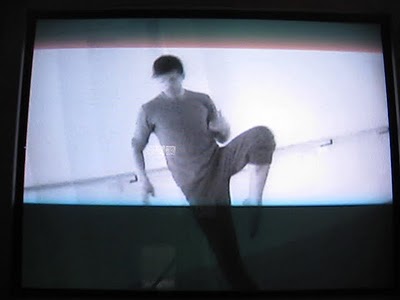 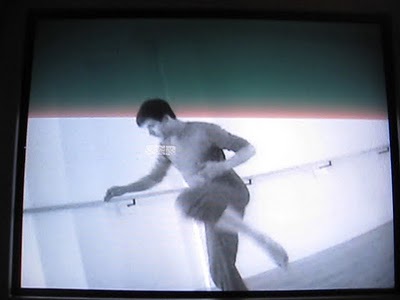 I flew directly from New York to Limerick to start a two-week residency at the Daghdha Dance Company. I applied for the residency so that I could work with the video artist Roberta Lima whom I met in Beijing during our residencies at the RedGate Gallery. The video work that she made there with my help has already been shown in an exhibition in Tirol. Coming from a practice which had involved her own body, Roberta seemed drawn to the discipline of dance and the possibilities it could offer for her to experience her body in a new way that didn’t require the needles, suspension and body modification.

I am drawn to Roberta’s use of video as a way of observing the body but also setting herself at a distance from it through the layers of her video image. I am so close to my body, aware of it as a means by which I understand physically the ideas I want to explore. I still use it one of a number of mechanisms by which to communicate to other dancers.

I use video in a very direct way to communicate my experience of particular buildings or sites to people who are not present at the live ‘performance’. The style I use is a kind of verité. The mobile phone video is low quality but suggests an immediacy and authenticity. It doesn’t draw attention to video effects even though I do edit the material and add music to guide the viewer’s response.

With Roberta, I can begin to unpick the theoretical underpinning of using video and the relationship that is set up between the screen image and the breathing body.

In terms of working method, I see that Roberta is able to video an experiment and consider using the resulting footage in an exhibition. Of course with the Tattered Outlaw films we used some of the first takes of our performances on the towers too, but we did many takes of the same set up and I had already worked a long time on developing the choreographic material that we used in those performances. The specificity of each performance is important to me but it’s also important that I allow the specificity to develop within coherent structures.

In Roberta’s company therefore, I’m confronted by my need to be prepared, to correct and, perhaps, to work hard as a justification of the value of what that work produces.

This experience reminds me of what I encountered in myself when collaborating with the quicksilver Xiao Ke too.

Roberta attaches a spy-camera to her body and invites me to move her. She responds to strong physical impulses from me: I push her, fold her, lift her, tug her and though she’s not a dancer, her body yields and resists as her instinct takes over. Her analytical control is temporarily suspended. Initially I am uncomfortable about the process: her passivity and my physical dominance, the disparity in our size, make me question my role. Yet as we go on, I feel Roberta’s body assert its capabilities. She is still smaller than me, still physically weaker but as I sense her areas of strength I can free myself to exploit them 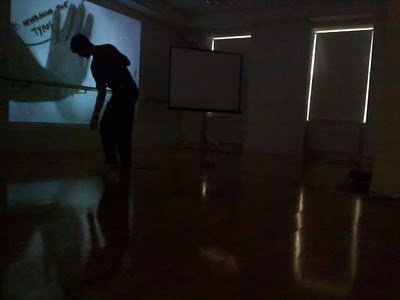 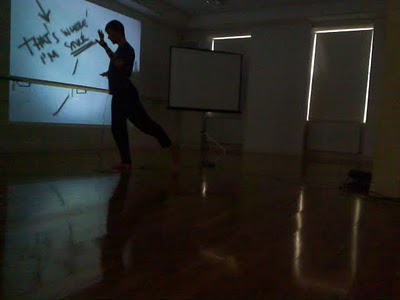 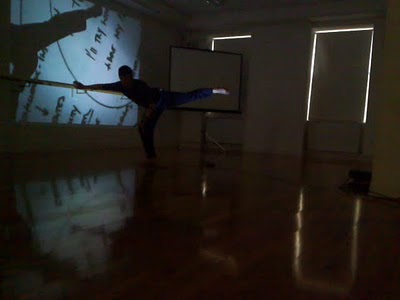