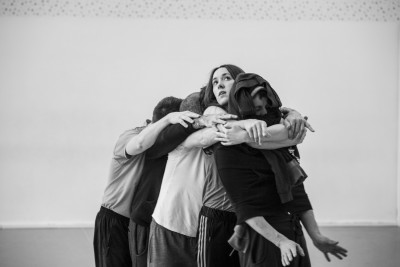 Despite now having a very supportive and highly skilled team to help with production, communication and administration ( Project Arts Centre, Lian Bell, Annette Nugent), for the past two years of its creative and practical development I’ve held The Casement Project and its intricate networks of relationships, partners, and negotiations. We’ve been passing on as much of the operational responsibility that I’ve been holding to the people on the team who have a much greater expertise than I do, leaving me the work of choreography and artistic direction on which I’d like to be concentrating and by which the success of the The Casement Project will ultimately be judged.

For the two weeks of development rehearsals in Dancehouse in December, it felt very important to me to switch from the list-ticking project management mode that I’d been in throughout the necessary planning phase and to allow myself a more expansive, exploratory state in which we could find the depth and breadth of the work. This felt particularly important as this was the first time the whole cast would be together. 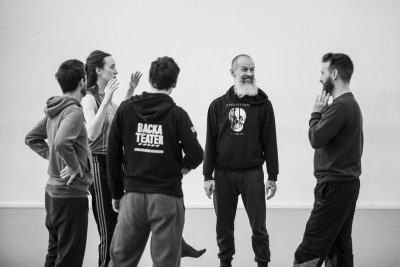 I could see from the outset that this was and is an exciting assembly of people. They have distinctive personalities but nonetheless create a rich, textured but cohesive group entity that I am privileged to work with. Much of these two weeks of development has been about allowing them and me the time and space to figure out how this group entity works, what its capacities and limits are, what it allows in to its world, how it affords space for difference within it. This group building is an essential part of the choreography and probably the most important part given that I focus less of my energy on what the dancers are doing than on how they are doing it. I have this luxury, of course, because as co-creators, the dancers take such care of the movement material that they generate in response to what I’ve proposed them. And it’s not only the dancers: it’s also Alma Kelliher and Ciaran O’Melia, the composer and designer respectively, the production and administrative team and an expanding circle of guests, friends and visitors who become part of The Casement Project, however temporary their interaction with it. I’m thinking of people like Polly Mosely, my fellow Clore 2, who came from Liverpool especially to see part of the process and left traces of thoughts, words and images that inform how I see the material we’re developing. I’m also thinking of photographer Ste Murray whose light documenting presence in the studio has gifted me images of the work in progress that confirm the compelling qualities of the performers and frame moments of poetry that I might not have noticed. Given how much photographs by and of Casement have influenced the movement material so far, it’s not that this contemporary photography should be similarly informative and generative, reminding us how the shifting protean qualities of the dancing are fixed in particular moments by the photographer’s work. 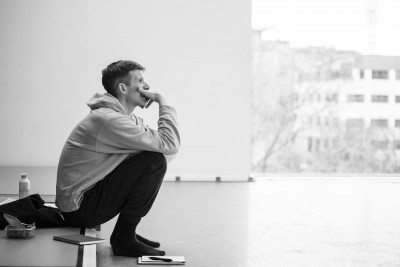