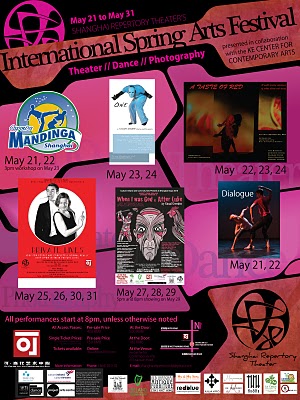 We were looking forward to performing in the Ke Arts Center as part of the Shanghai Repertory Theatre’s International Spring Festival.

Our producer, Zhang Yuan, got us a slot in the festival and I was very happy as it gave us a context for our performance and a potential audience.

The Ke Center is a well established space, originally for visual art but increasingly for performance and the festival was providing a black box environment so we could put on a polished performance. 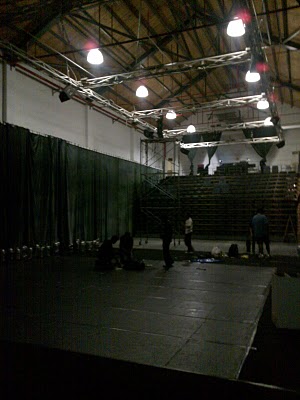 It was all going well. Then the Cultural Bureau struck. On the day of our opening performance, the Bureau denied the performance licence to the festival, apparently on the grounds that the SRT used the word ‘international’ in the title and the use of this word needs approval from Beijing. Also the use of the word ‘festival’ brought adverse attention when the word for ‘season’ would not have. It was so annoying, disappointing and sadly, not surprising. 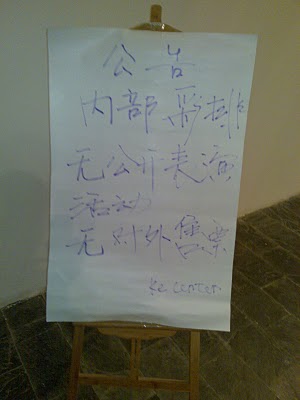 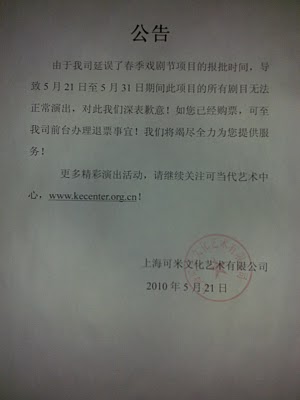 I felt worse for the Chinese artists because while I can leave next week and use the words I want and expect that my performances will not need to be licensed by the state, they are stuck with this situation.

This being China, there are ways around the problem, Instead of having a ‘performance’, we had a ‘final rehearsal’ for ‘friends’, some of whom made a donation to the Festival. No tickets could be sold but for us the priority was sharing the work with an interested audience. And most were interested enough to stay around for an hour after to discuss the piece.

Xiao Ke has been having a tough time in her personal life and our performance was inflected by that trouble. But it made for an emotional and energetic version of our Dialogue. I’ve been pleased to notice in myself that the softer physicality I started to explore two years ago is finally becoming natural for me. This version of Dialogue has allowed me to feel comfortable in improvising with that movement quality while allowing space also for the movement skills I’ve known for longer.

This Dialogue for me was less about learning something new than noticing the journey Xiao Ke and I have been on together, how that has changed us and how we could use the energy of new collaborators to refine what we wanted to share with an audience. 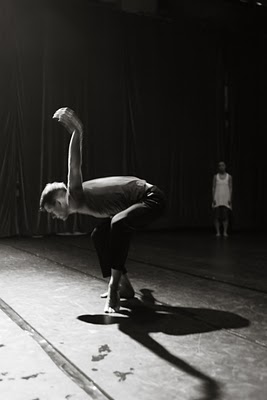 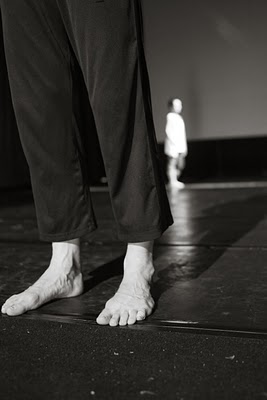 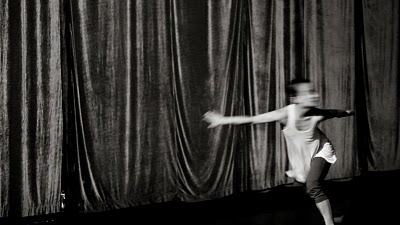 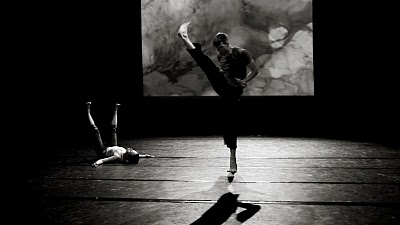 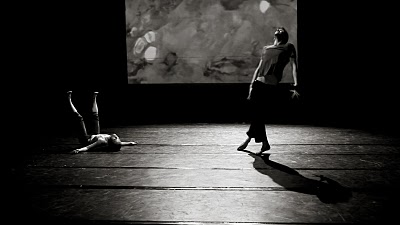 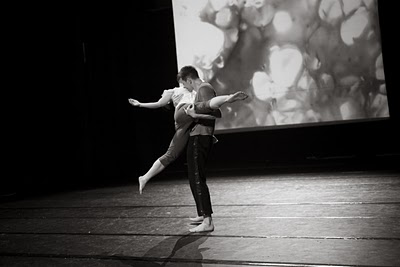 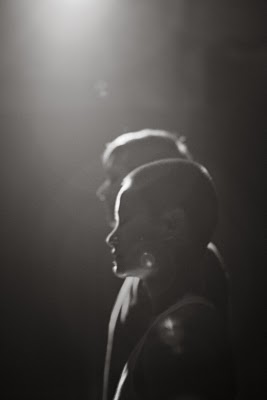