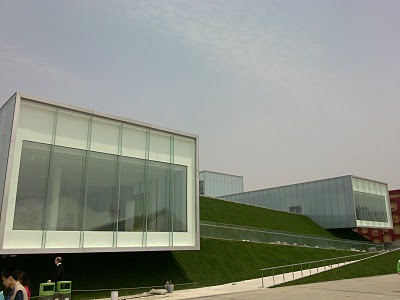 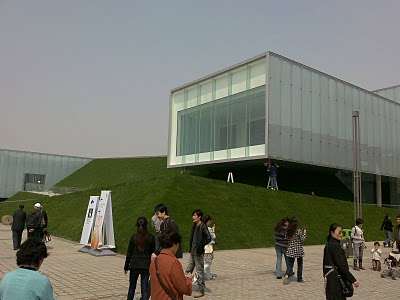 After the visa and volcano induced panic that preceded my arrival to Shanghai, it was reassuring to realise that I don’t feel as anxious about arriving in China as I have in the past. I know what to expect though this may be a dangerous misconception in a culture where so much is still impenetrably incomprehensible to me. At least I’m getting a sense of how much I don’t know.

I’ve begun to accept that when I’m in China that I can’t control how things happen in the way I imagine I do when I’m in Europe. This sense of control or at least agency may be an illusion in Europe but here I can have no such illusion. I make plans but I am always ready to discard them. I wonder if the team organising the Irish Pavilion in the Shanghai World EXPO are having the same experience?

I flew to Shanghai to visit the Irish Pavilion, since that is where some of my performances will take place next month. I hadn’t been able to get much information about the building besides an architect’s impression of it before my arrival, so planning performances was a bit tricky.

When I arrived there escorted by Paddy, a Chinese man who has lived in Ireland for a number of years and who is assisting the Irish team at the Pavilion, I was impressed by the building. In common with many other pavilions, it’s not quite finished yet and I think the staff were a little nervous about how the imminent soft opening would go, an understandable nervousness given the mayhem that followed the soft opening of the EXPO site and some of the other pavilions. 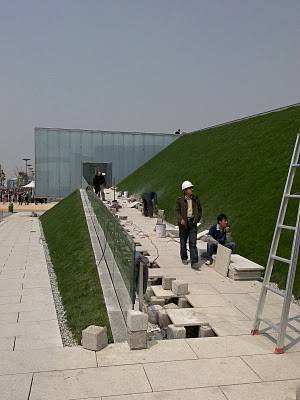 The message of the Pavilion’s architecture is that Ireland is contemporary and green and already the green part is an attraction; 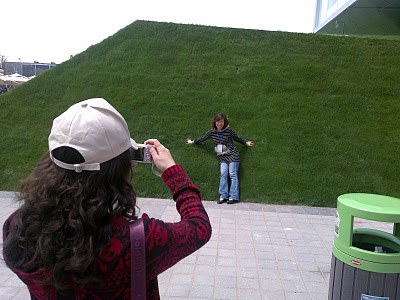 I, however, was disappointed to discover that the green patch where I had previously agreed to perform Match wasn’t in fact grass but a scrubby succulent plant and the whole thing is on a slope and it has a two rows of water sprinklers down the sides. 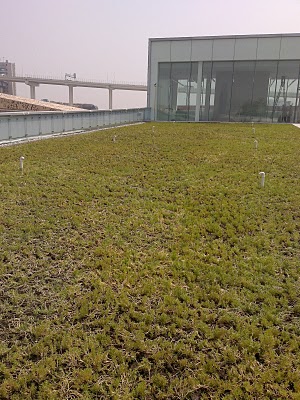 But I think we can manage and my sports’ playing siblings would say they’ve ‘performed’ on less suitable local pitches. Besides, Jiale Ryan, a Chinese woman married to a Limerick man, who is events’ co-ordinator for the Irish Pavilion has given us carte blanche to trample the plants! We’ll just make sure we play Match down the slope. 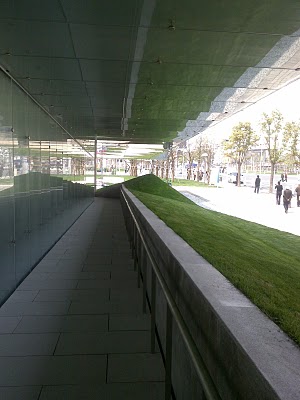 The message communicated by the architecture of the various pavilions is necessarily simple given that the audience is primarily a Chinese one with limited experience of the subtle distinctions between, for example, different countries within Europe, let alone different communities within a country. The Italian building is contemporary on the outside but through the glass one sees medieval architecture – Italy is old and new! You can read more from the architect here.

Why Germany chose to make a pavilion that looks like a tank is another question. 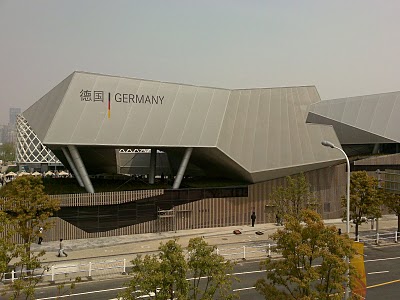 When I first saw the Luxembourg pavilion it looked like Soviet kitsch but it’s apparently a response to the fact that the Chinese translation of Luxembourg means forest and fortress. 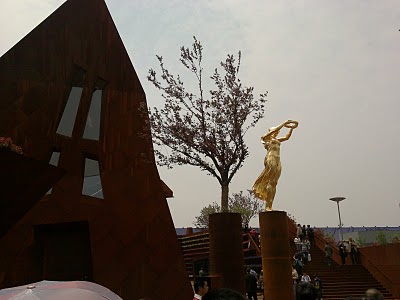 The statue in the photo is a called the ‘Golden Lady’, a treasured war memorial of Luxembourg that is on loan to the pavilion for the duration of the EXPO

Finding space for a performance of Dialogue will be a challenge too since the functioning of the Pavilion requires that visitors keep on the move. A performance will encourage people to stop and that’s not so helpful when there are long queues outside (and there were three hour waits in some of the pavilions during the dry run opening). We’ll probably use this courtyard space. I’d expected from the architect’s impression there would be a performing area at the bottom of this slope but now it seems the space at the top is the only viable playing area, so the audience will be below or perhaps on the roof above. Until after the official opening on the 1st May, the Pavilion organisers aren’t in a position to decide and neither am I. 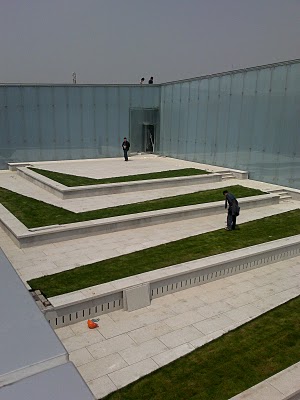 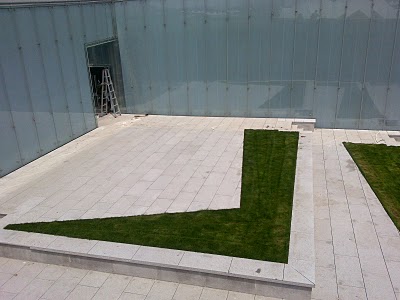