13 June, 2016
GERARD HOWLIN: BY NOT SUPPORTING THE ARTS, THE STATE IS IMPOVERISHING IMAGINATION 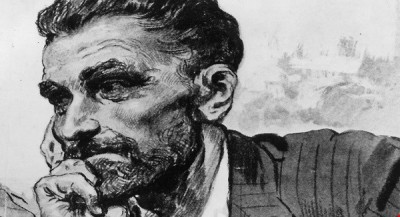 Roger Casement in the dock in May 1916. Art allows us build a facade of history in the contest for who owns memory.
Next Saturday, London will be alive with cries of God Save the Queen as the longest-reigning British monarch celebrates her official birthday. She was born on April 21, but monarchs may have two birthdays as they have two bodies — a body politic and a body natural. The body natural dies, but the body politic is inviolable, hence the cry at the death of the monarch of ‘the King is dead, long live the King’. Political succession passes seamlessly, though the natural bodies die.

Ireland will be on a London stage next Saturday night as her majesty’s realms are en fête. The bodies, natural and politic, of Roger Casement will be exhumed in The Place, the hub of contemporary dance in London, by Irish choreographer Fearghus Ó Conchúir. The premier of the dance performance Butterflies and Bones is part of the Casement Project, one of the Arts Council’s 16 commissions for 2016. The phenomenally political nature of Casement’s own body, successively hanged in Pentonville Gaol in 1916 and reinterred amidst the pomp of a State funeral in Glasnevin Cemetery in 1966, was in effect a double denial. Contesting narratives required his body, first on the gallows and then on a catafalque provided by the State, be dishonoured in different ways. In London, his homosexual body was blackguarded. Fifty years later in Dublin it was whitewashed. It is not just the bodies of kings that are contested; the politicisation of the body is a recurring Irish motif.

Butterflies and Bones is the deposition of Casement’s natural body, from the body politic, first one state and then another created for him. Through dance, in sweat and sinew, a sense of the true man will be recomposed. There is a limit to words and dance as an art form powerfully surpasses it. As Ó Conchúir remarked, “we know through Casement that where bodies go and what they do is political”. That was true of his journey as a champion of human rights in the Congo more than 100 years ago. 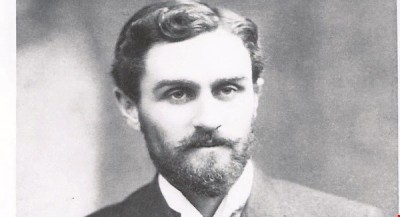 Roger Casement
It is true in the Mediterranean today. The State’s naval vessels continue work once the preserve of Irish foreign missionaries. They bring relief to the distressed there, ease our conscience here, where conspicuously we are unforthcoming in making room for outsiders. Charity is best performed away from home. Bodies are best washed up elsewhere.

Casement, diplomat, knight, and patriot was always, perhaps especially, an outsider among the powerful. The treatment of his physical body twice over is evidence of that. It is artists again who seek a unifying truth about the reality of our bodily lives. Reputations are enacted or written but the body, if it occasionally conforms when clothed, is frequently unamenable to the values posited on to it, from outside our natural life-force.

Tomorrow morning in Dublin’s Project Arts Centre the National Campaign for the Arts hosts What Next? a public meeting for the arts community. Shunted and side-lined, artists in Ireland are at the bottom of the European League for Government investment in Culture and the Arts. The Council of Europe data shows that in 2012 Ireland spent just 0.11% of GDP on the Arts and Culture, compared to a European average of 0.6% of GDP. What that means is misery among an arts community who comprise some of the most extraordinarily talented, committed people in the country.

One hundred years after the Rising, for his part in which Casement was hanged, it means a republic where encounters with art are doled out piecemeal at home, but occasionally served up more generously for special occasions abroad. It is truly good that Irish artists are occasionally supported in bringing their work abroad. It is a continuum and a counter point to celebration in London next weekend that, in dance, Casement is recused from State memorialising. But it is the State that routinely, cynically exploits artists to present a hinterland of culture, where little exists except commodification.

The commodification of art and of dead bodies alike play their part in desensitising our imagination, the one place we have, to live freely beyond boundaries.

It is not a coincidence that Project Arts Centre is an essential support, as producer, for next Saturday’s production. Founded 50 years ago in 1966, the year of Casement’s State funeral, it was a movement of imagination, challenging the lack of it. Its first outing included a reading by Edna O’Brien of her banned book The Country Girls. The separation of the body politic from the body natural is a continuing theme. The enactment of art, the nurture of artists, the years of trial and experiment by a man from the Ring Gaeltacht like Ó Conchúir and the talented dancers who perform his work, is a synthesis of many talents and arts forms besides their own. It is a cultural ecosystem which in Ireland is parched to the point of exhaustion. The recent diminution of the arts portfolio in government, is further demoralisation, yet again.

The interdependence and the fragility of the ecosystem supporting Irish artists is well exampled by Butterflies and Bones. Besides Project’s support, Dance Ireland has played an essential nurturing role for dance over 30 years, bringing it from the edge of cultural awareness as an art form, to the centre of the state’s programme of commemoration. It, too, is an essential support for Ó Conchúir’s work this weekend. The bigger picture is that essential arts resource organisations such as Dance Ireland are key to fostering artists and providing essential supports without which there will be ever fewer landmark events to celebrate. Lack of support for the arts is an impoverishment of the Irish imagination. It is the dumbing down that enables conniving silences be sustained. People who care about stopping that will be in Project tomorrow.

The metaphorical whitewashing of Casement’s body in plain sight of hundreds of thousands of people in 1966 repeated in pomp his burial in quicklime in 1916. Last Friday in the British Library a symposium, part of the same Casement project, heard an account of his exhumation written by Seán Ronan a department of Foreign Affairs official. It began at 4.50am and was only finished by noon.

Bits of bones were picked from wet soil. Memorialising is a fetish for honouring what has been dishonoured after the event.

There is an Irish tradition of relics. They were carefully stratified, into first class, being parts of the body; second class is an item used on the body; and third class, being anything touched by the revered person concerned. Casement’s belongings were destroyed, so unlike the scapulars of saints, relics could not proliferate. From the funeral of O’Donovan Rossa to the reburial of Kevin Barry in 2001 and of Thomas Kent in 2015 the political liturgy of the dead, is a recurring motif of our memorialising. Uniquely, it is art that allows us a way through the façade of history in the contest for who owns memory.