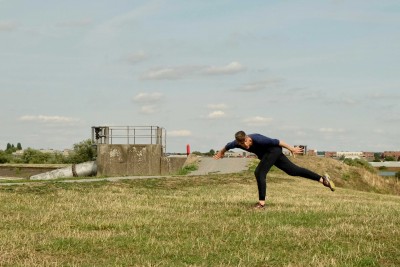 For the past few years, Dance Ireland has provided Hatch as an incubation opportunity for a selected choreographer to research and develop new work.  This year, responding to the pandemic conditions when being in studios and meeting collaborators seemed at best fraught with uncertainty and at worst impossible, Dance Ireland reframed its Hatch2020 initiative as an opportunity for established artists to invest “in time to think, rebuild or reimagine creative processes in this period of recovery we are undoubtedly facing as a sector, and as a society.”  It also invited applications from early career artists who wanted to be mentored by those “more established in the sector”.  I am very grateful to be one of the award recipients.

When I saw the call-out for applications, I knew that it represented an important opportunity for me.  Stepping down as AD of NDCWales, I intended to find structures and support that would give me the space and time to reconnect with my creative source and motor.  However, because the end of my work at NDCWales coincided exactly with lockdown in the UK, instead of finding a moment to reflect and renew, I became very busy working with others to figure out ways through the uncertainty.  Hatch2020 has offered a framework and resources for me to prioritise the taking stock and first steps I’d like to design the next phase of my practice.

Because I conceived of my Hatch proposal during lockdown, its point of departure is my own body.  That seemed pragmatic at a time when we didn’t know if we could work with others but actually the return to my own embodiment is prompted just as much by my having spent two years working at a larger scale with a national company.  I have considerable experience as a solo dance-artist,  making work beyond the stage in ways that might suit the new socially-distanced realities, work that connects the dancing body to its physical environment, to the other human and non-human forces – on urban streets,  in rural settings, on beaches and on building sites.  I sense that reinvesting in a solo practice, informed by what I’ve learned in the past, will provide the flexible resources from which to rebuild a relevant connection with other artists and audiences.  It’s a process of connecting inwards to connect outwards that has helped me authentically make work with wide impact in the past.  This moment of global reset prompts me to reinvest in it as a process again.  I think there’s something in it too that’s about acknowledging the value of what I have worked on over the years and a resistance to throw it away under the pressure to generate something new – always new.  This building on or going deeper into what I’ve already done feels like a more sustainable practice than constant generation of newness.  And again, this feels like the right time to embrace that more balanced sustainable approach.  I’ve heard Sue Davies talk about offering her archive of work as ‘mulch’ for a new generation of creativity.  What has been done can nourish what is to come.

Though the focus of this research is personal, that does not mean that it is isolated or individual.  I’ve been keenly aware during lockdown that I draw on the traces of others moving when I move.  The movement patterns, choices, habits, knowledge of others that I’ve seen, that I’ve touched, that I’ve choreographed, that I’ve danced with have informed my capacities.  So I am designing this research as an opportunity to draw on the resources that I’ve gathered in my body already and also to place myself in relation to new influences that will resource me for the next stage of development.

The fact that part of the Hatch2020 is a commitment to mentor one of the earlier career artists builds in that connection with others.  I’ve been paired with Oran Leong who brings to his dancing a distinctive physicality developed through his experience as a world-class traditional Irish dancer and as a contemporary dancer.  I’m excited to support him and be in conversation with him as a next generation of Irish dancing, as I expect to learn as much from the exchange as I offer.

In the past, I’ve benefited greatly from Arts Council Bursary awards that have provided opportunities for creative renewal.  However, as a member of the Arts Council now, I can’t apply for those direct supports.  So Hatch2020 is a creative lifeline.  You could argue, financial resources aside,  that I could take this reflection and renewal time without Hatch2020 but by providing a framework the initiative acknowledges that even for a solo dance exploration, dance is made in community, in relation.  Hatch2020 recognises that reflection and renewal is part of the dance artist’s work.  It’s an investment in mulch and not just in blossoms and harvest.  It recognises that an artist’s lifecycle needs to be nurtured and I appreciate that very much. 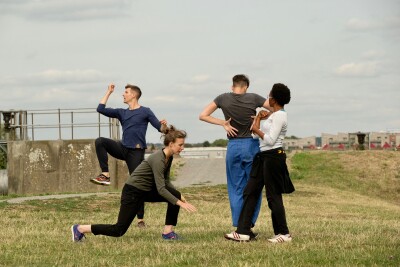