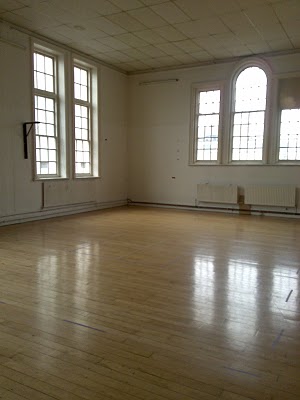 I’ve started rehearsing a solo for Mo mhórchoir féin, the film I’m making with Dearbhla Walsh for the Dance on the Box commission. The title is from the Confiteor, the part of the Catholic mass where the congregation confesses ‘to Almighty God and to you my brothers and sisters, that I have sinned through my own fault, in my thoughts and in my words, in what I’ve done and what I’ve failed to do.’ In Irish we say not only ‘through my own fault’ but ‘through my grievous fault’.

I proposed to make a film about the role of religion in the creation of the Irish body and I guess, in particular, in my body. There have been many words written about the bodies of young children traumatised and abused by the Catholic Church. I wanted to understand the wider impact of the Church but not through words. Dance seems a more appropriate language for that physical investigation.

It will still be a bodies and buildings piece, sited within the architecture of a church and situating itself in relation to the church’s institutional architecture.

But while I thought of that architecture as I rehearsed this week, I was also aware of the ghosts within the architecture of the London Buddhist Arts Centre where I rehearsed and where I’ve rehearsed in my own and other people’s work.

In this corner, I remember dancing with Cathy Marston and Jonathan Poole as the trio of Players in Kim Brandstrup’s Hamlet. 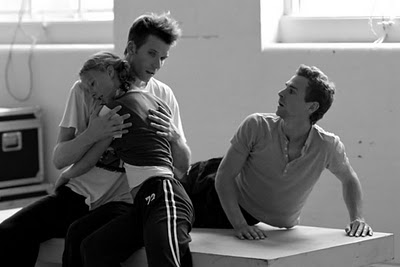 (The photo by John Robinson is taken in the Jerwood space and with Jenny Tattersall instead of Cathy – and me with a blond mohican – 2003!)

I see Trish Okenwa there and Fred Persson in a piece called An dá thráth. I’ve rehearsed Cosán Dearg with Bernadette Iglich there and new material with Matthew Morris. All of this work and all of these people join me in the space as I dance ostensibly on my own.