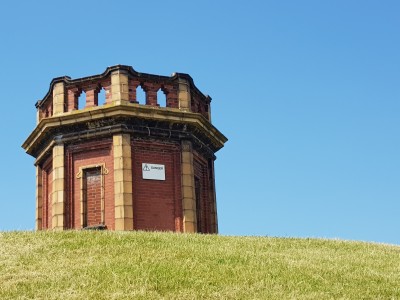 It’s easy to focus on the wildlife in the Wetlands but there is a built infrastructure of varying vintages that has made the Wetlands the place it is and continues to shape how human and non-human, organic and inorganic meets in this environment.

The River Lea has long been a water-way for transportation and a source of power for the various industries that were situated along its banks.  The human intervention was increased when London’s need for clean water in the 19th Century brought the creation of reservoirs that transformed the landscape.  For a more detailed account of the Wetlands’ history see here 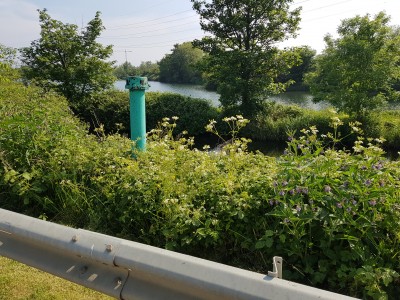 What I notice is the combination of somehow naturalized man-made elements and interventions that are more recent and contrasting.  In the former category are reservoirs themselves, the picturesque pump structures (first picture above) and the weathered and patinated pieces of iron that appear here and there (and whose function I don’t yet know). 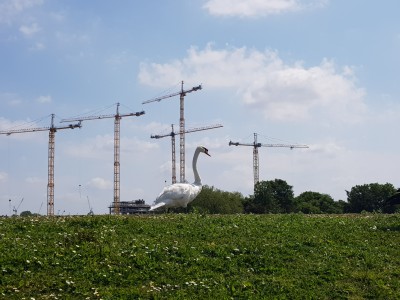 In the latter category are the temporary fencing and hazard taping that signal work in progress, the cranes on the skyline that aren’t strictly part of the Wetlands but that dominate many of its vistas.  And also perhaps the unwelcome detritus, like this shopping trolley that a coot has nonetheless commandeered as a nesting site and which can’t be cleared until she’s done. 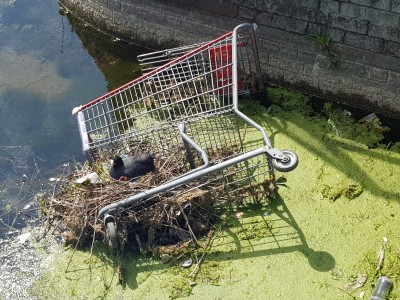 There is an admirable adaptability in this avian ability to cohabit with the human-made, but can we offer a similar willingness to adapt to the needs of the natural environment.  The way some users of the site ignore requests not to cycle in sensitive areas, not to drop litter etc. suggests there’s a way to go.