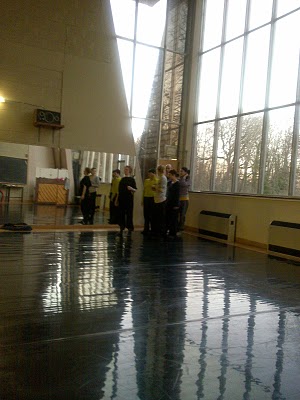 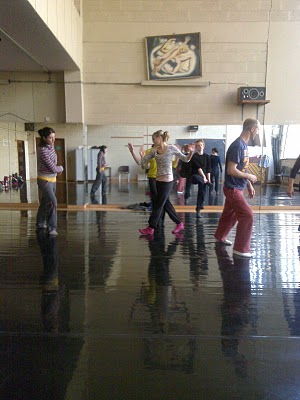 I’ve spent the past week in the studios at the University of Limerick working with the MA students on a piece of material, some of which will be included in the Limerick performance of Open Niche. The MA students are Karen, Katrin, Kasia , Patric, Lisa and Erika, a diverse group that is notably bonded. They dance together, eat together, travel around campus together. That cohesion was something I that shaped the development of the choreography.

I asked the group about Limerick.
One of the first things that came up was the need to defend it against the negative perceptions of the place have predominated. They mentioned sport (and it’s true that around the university everyone is in sports kit and actually running, jogging or playing sports), red brick buildings, roundabouts, the river, friendliness. Drugs and violence got a mention too but mostly in relation to the efforts of local groups to counter their negative impact.

But I’m also aware of the threat to local regeneration by reduced government funding.

That reduced funding has also been manifested in a drastically reduced grant for Daghdha Dance Company and a new direction stipulated for the company as a condition of that funding. When I spent a little time with some of the choreographers on Daghdha’s Mentoring Programme who will also participate in Open Niche, it was this immediate destabilised context that we spoke about rather than their experiences of the city that I expected to funnel into the performance. However, the micro and macro experiences are related.

While I have made work for the MA students, with the DMPs I have invited them to contribute choreography of their own that I can place in the context of Open Niche. MAs and DMPs have been generous to the process. In the DMPs, I’ve mey Lucy Suggate’s Latin Beach – a broken diva to match Matthew’s Scherezade; a potential trio; and Edd Schouten‘s score for a day in Limerick. (Pictures below of Edd and Ista) 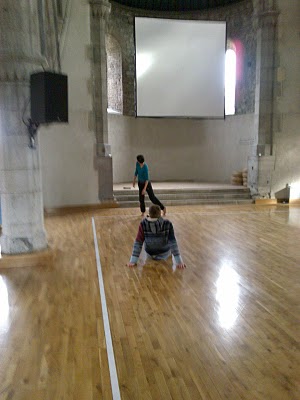 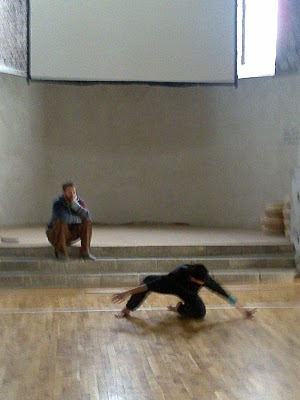 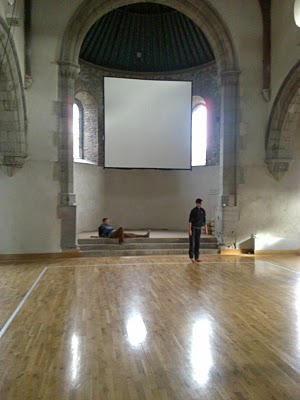