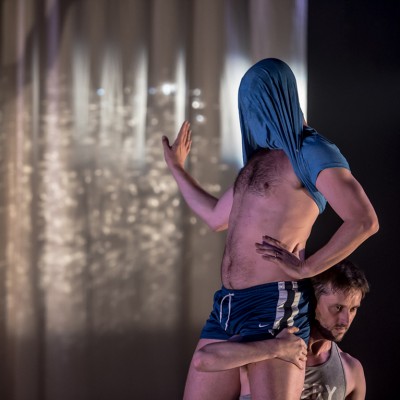 Theo Clinkard on the shoulder of Philip Connaughton in Fearghus O’Conchuir’s The Casement Project. Photo by Stephen Wright.

Omar Mateen’s unspeakably hateful act took place in Orlando but the repercussions were felt deeply around the globe by the LGBT community and those who know that love is love.

In the aftermath of events such as this, it appears that the wound deepens as the finer details emerge. Initially the numbing shock of it all was hard to compute; we reported it as ‘news’ to each other, citing the few abstract facts available to us; a location and a toll which gradually increased as the day went on. But as figures became names, names became people, people became lives, everything shifted; the tragic event was humanised and news became perceived experience. Hearts grew heavy before rage burned bright. Before long, forty nine gleeful and sassy Facebook selfies looked back at us from screens and newsprint. We learned about their jobs, their loves, their culture, their activism, their families and most painfully of all, their dreams, the ‘who’ of the thing appeared to reveal the true horror of these losses. The hashtag was right, we were and are them; our child who just graduated (Akyra), the brother we look up to (Juan), our uncle (Franky), our barista (Luis), our pharmacy technician (Stanley), our bouncer (KJ), our accountant (Eddie), our bartender (Dee Dee) and our mum to eleven children who survived breast and bone cancer and who regularly went dancing at Pulse with her gay son (Brenda).

The one detail that I can barely comprehend is the fact that they were killed dancing. Since it was Latin Night at Pulse, I imagine them dancing in couples, in each other’s arms; such an ultimate expression of love, sexuality, community, diversity, care, freedom and of trust.

How are we all implied and impacted by these events? How do we relate compassionately, without lessening the experience of the families who reel from the loss of those they loved? How do we respond as queers, as artists and simply as empathising humans? How do we continue to honour these people through the ongoing noise of 2016 and beyond? How do we dance now when dance’s nature is one of trust, freedom and ultimately, hope?

For me, the volatile world events of this last month have reframed the act of dancing. Dancing was exposed as an act devoid of shouty activism when it seemed so desperately needed. Its muteness was suddenly so apparent. I struggle to explain it, but simply launching into an improvisation at work seemed like the most idle thing to do. The freedom of my body in space almost insulting to those that died in the very act. 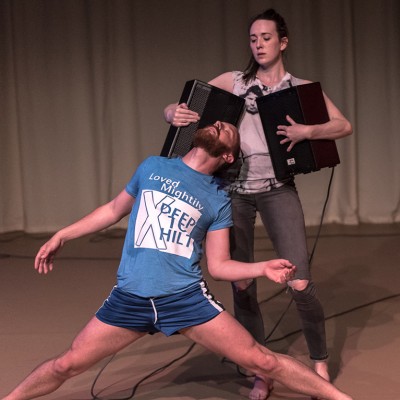 I was performing in London the day before and the day after the shooting. I was dancing the most glam queer voguing dance that has ever been asked of me as a performer; the kind that normally happens in a kitchen to a glittery pop song. Whilst I feel comfortable in my rainbow bright skin, it was a challenge to let myself flaunt it. It took trust to reveal that part of myself in a public place but it was liberating since, just like them, I was in a safe place. The fact that the term ‘safe place’ suddenly seems to ask me for quotation marks is a glaring reminder of how hate crime implies us all. To dance our dance we have to imagine we are safe. An arms flung in the air kind of safe.

As I prepared for the second performance, the opportunity gifted to me by being on stage became alarmingly clear, for I was visible. I could dance their dance in all its gay glory. A proud and defiant dance, needed today as much as ever before. Not just for Orlando, but for every marginalised community, LGBT or other. We are all of them. Dance continues to have a new found relevance for me these last few weeks. It is inherently empathetic, uniting, celebratory and hopeful.

Its ephemerality a distillation of this moment in time. To dance is to humanise and this is needed now more than ever before.

Happy Brighton Pride to everyone. Be more fabulous than you ever dared and keep dancing their dance – I think it was probably a very sassy one!