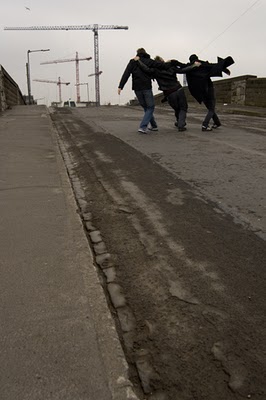 When I saw Mitch’s photographs I was drawn to how he placed the human figures in the urban environments he’d chosen. The figures aren’t the dominating subjects of the images but he still makes a place for them in a frame that includes much bigger urban fabric. It reminds me of the traditional Chinese paintings of beautiful mountains with tiny figures human crossing rivers at the bottom of deep ravines. The video of Xiao Ke and me in an earlier post gave me a similar feeling. 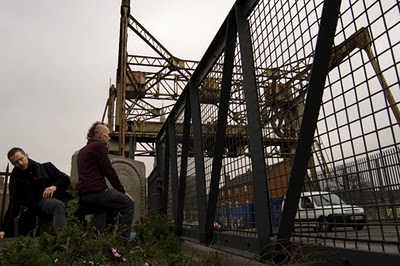 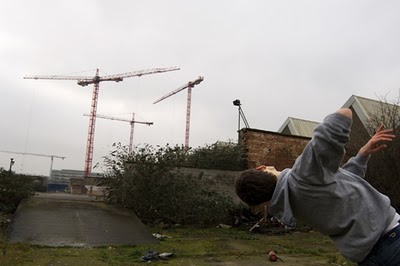 Stéphane, Matthew, Mitch and I went to shoot photographs in some of the locations around Sherrif st that had already resonated for me because of their combination of ambitious construction and wasteland nostalgia. Builders cheered from the scaffolding as Matthew lifted me. Others shifted to one side as we tussled down the footpath. We made small transgressions – into the middle of the road, through a gate that kids had cut open to allow access to a green arena, a playground of dereliction – all under the shadow of the cranes. 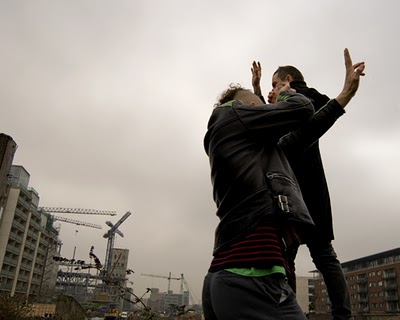 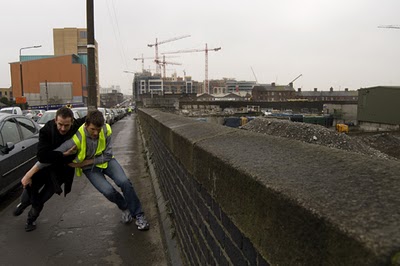