After the premiere of Butterflies and Bones 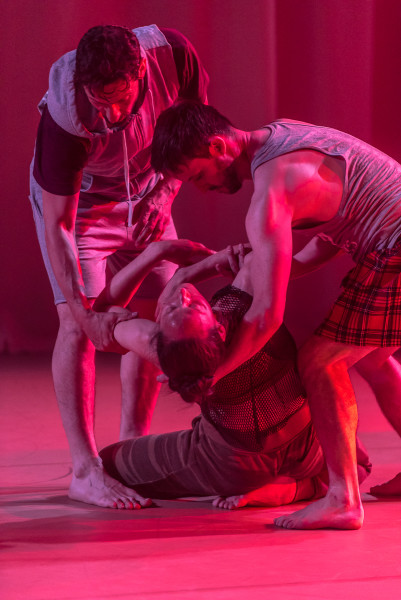 People have compared creating a new artistic work to giving birth. Since I’ve never experienced child birth, it’s hard for me to know how useful the analogy is, but there is one aspect that I can imagine being particularly relevant: while the moment of birth is an exciting introduction to a new life, it’s not like you get to know everything about your child in that single moment. You live with her/him get to know her/him by interaction. 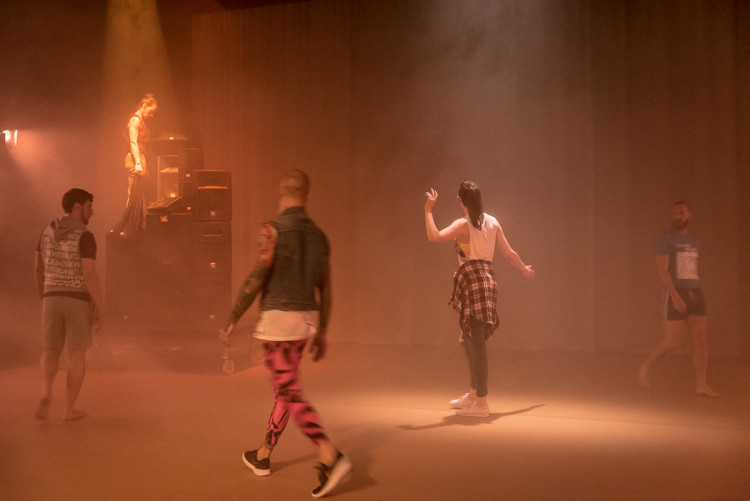 It feels similar with Butterflies and Bones. Being with an audience seeing it for the first time was an opportunity for me to meet the work afresh, having come to some sense of it in various studios in London and Dublin. But we don’t get to know everything about a work from that premiere. It evolves with each performance and reveals more about its potential. It surprises me, even as I begin to understand it more deeply. That, at least, is my aspiration when I’m making work and it is that hope to be surprised by the work and by the performers in it that gives Butterflies and Bones its openness, malleability and resistance to determinacy.

In the context of post-Brexit turmoil in the UK (and Ireland and Europe as a whole!) Jacqueline Rose’s analysis of the damage caused by a masculinist ‘certainty’ in politics confirms why I try to make choreography that asks its audiences to engage with complexity, ambiguity, and uncertainty. It might not always be easy but it’s my way to protect against the oppression caused by certainty. She writes:

‘And it is a curse of male-dominated politics… that it tends to be the kiss of death for a politician to suggest things are uncertain. It is rarely wise to say that what we most need to do in political life, indeed not only political life, is hesitate, slow down and pause for thought; to allow space for the complexity of who we are. As Edward Said pointed out, there is only a short distance between believing you can subdue the mind and believing you can subdue the world.

The idea of control always presents itself as an island of self-sufficiency or a law unto itself. In fact, the idea of control is meaningless on its own. In a world of rampant inequality and injustice, I can only seize control at the expense of someone else. We succeed in controlling our borders; migrants drown at sea.’ 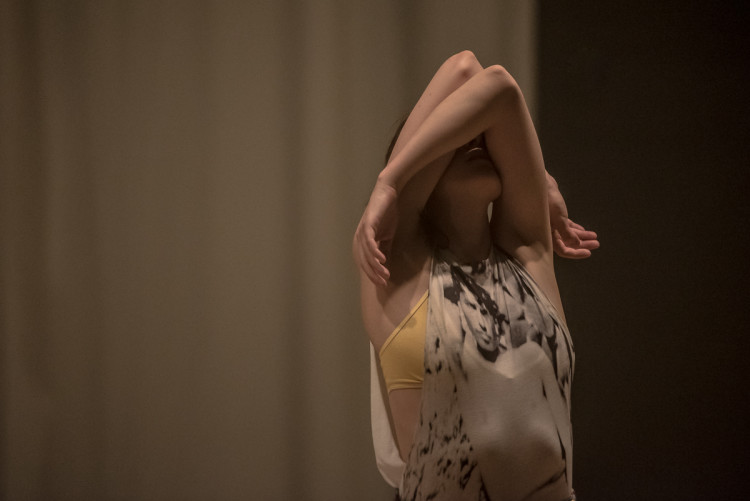 Phelim McDermott’s perspective on live theatre inspires me in this respect also. He says that what is magical in live performance is like a wild animal, something timid and cautious and untameable. If you’re building a performance you have two choices: you can either kill the animal, stuff it and put it on the stage each night or you can build the conditions which might encourage the wild animal to show up. The former choice guarantees you a facsimile of the animal that appears where and when you planned. But it also guarantees that the animal is dead. The latter is a risk, since you can’t predict if the animal will come or how it will perform. But how much more magical is the work when animal in its unpredictable liveness comes?

Obviously the latter choice is what I aspire to. And there is a considerable amount of choreography of different kinds that goes in to building the conditions that would welcome and encourage the appearance of the wild animal. But it’s not a choreography that can guarantee outcomes. And that requires me and everyone involved the work to be comfortable with the vulnerability of no guarantees. 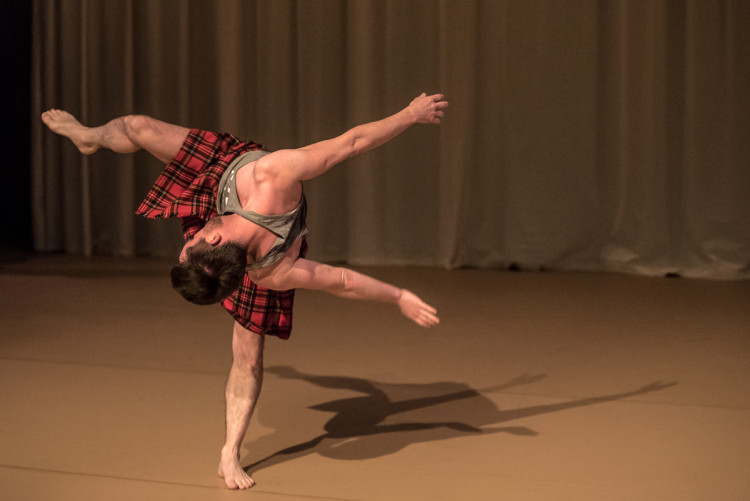 On Sunday, when we performed Butterflies and Bones, news had broken of the shootings in Orlando where a gunman targeted people in an LGBTQ club. Seeing Philip dance his collapsing bones solo to the sound of gunshots, suddenly amplified and underlined a continuity between Casement, the precariousness of certain lives and the revolutionary defiance of dancing those lives in vigour, pleasure and fun. I wish the tragedy hadn’t made that continuity so painfully visible, but I’m grateful that we could continue to dance our insistence that all kinds of queer lives are viable and deserve respect.

Even more powerfully, at a vigil for the Orlando victims on Old Compton Street, London next evening, a trio of dancers brought their vogueing to the event:

JAY JAY: Vogue is a dance outlet that comes from the ballroom scene, and within the ballroom scene there’s many categories, but it was for the queer people of color, black, Latino, et cetera, to come together in this world — it was for queer people of color to create this feel of a ball. A place where everyone feels comfortable, a place where there’s no judgement. [Yesterday], I called everyone and was like, “let’s vogue down!” — because there’s so much upset and sadness and that is happening, and voguing is uplifting. It’s an outlet for pain.

D’RELLE: I think why it was so important to me was because I was in Florida only a week ago, and left my friends out there. We needed to do something to show our support and solidarity because although it was in Orlando, it could happen anywhere. I called Jay Jay and we both agreed we need to go down there and vogue. Why vogue? Vogue — like Pulse — was for the black and Latino gay community, and is an expression of strength, freedom, and unity.

JAY JAY: Vogue always brings people together, no matter if you can vogue or you can’t vogue, you always love it, you always find some kind of love for it. People come together as one community, and they forget about all the negatives. That’s what voguing does, and that’s why we brought it to Soho — it was such a sad day in the beginning, and we wanted it to not just be sadness and pain. It is sad, it is painful to see this, it’s painful to understand it. But we need to come together and empower.