Premiere of Butterflies and Bones

The Arts Council of Ireland hosted a reception before the opening of Butterflies and Bones and its director, Orlaith McBride gave a speech which makes clear the Arts Council’s understanding about what matters in The Casement Project.  Such an understanding is very encouraging for an artist and not something that can always be taken for granted. 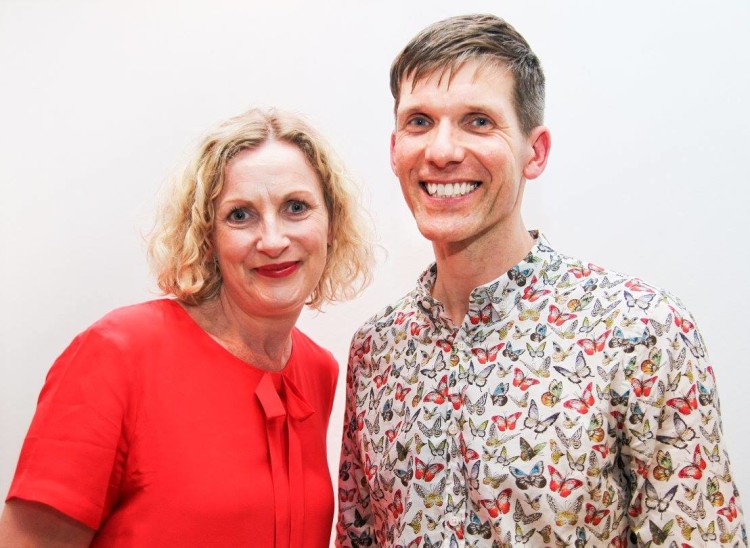 Orlaith McBride, Director of Arts Council of Ireland and Fearghus

Tonight is it my great pleasure to welcome you to The Place for the performance of Butterflies and Bones, part of The Casement Project and one of Open Call commissions comprising Art:2016, the Arts Council’s programme for Ireland 2016.

Fifty years ago when Roger Casement was accorded the honour of a state funeral and reinterred in Glasnevin Cemetery in Dublin, it seemed justice had been done. On that cold March day, snow lay on the ground and the tall cloaked figure of President de Valera paid his homage in saying that thenceforth “his name would be honoured, not merely here, but by oppressed peoples everywhere”.

This performance is his exhumation. 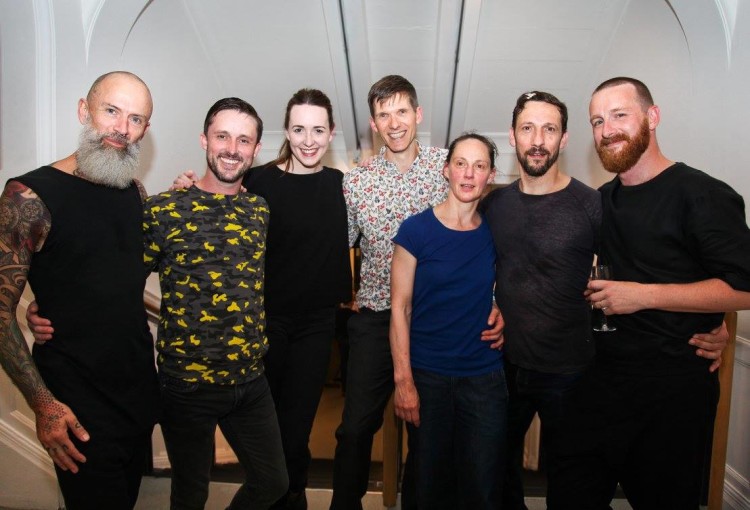 Roger Casement was a knight of the realm, a diplomat who was once hanged and buried in Pentonville Gaol as a traitor and reburied in Glasnevin Cemetery as a patriot.

He is exhumed tonight, as flesh and blood and an Irishman who was gay in dance; the most physical and the most ephemeral of arts forms.

In being buried in Pentonville he was condemned as a black traitor. Fifty years later, lying in state in Arbour Hill, accorded a solemn requiem at the Pro Cathedral, escorted by all the honours of the state to his resting place at Glasnevin, he was painted as a white knight, an Irish hero. But those honours were a burying alive of the real man.

Roger Casement was denied his full identity. In Glasnevin he is still in exile from his beloved Antrim, which he wanted to be his last resting place. These successive internments, the posthumous exiling’s from his own place and from his own self, are addressed beautifully in Butterflies and Bones.

Fearghus Ó Conchúir dances with the queer body of British knight, Irish rebel and international humanitarian Roger Casement. He imagines a national body that welcomes the stranger from beyond the border, as well as the one already inside. His choreography of bodies and ideas takes place across multiple boundaries, including national boundaries and boundaries of many forms to encompass a stage performance, a celebratory festival of dance, a short film, an academic symposium and a series of participatory events to address the legacy of 1916.

Dance as an art form and Fearghus Ó Conchúir as a choreographic talent are uniquely able to express the full truth of who Roger Casement was. The disinterment of his reputation from his physical self, is at last now addressed. In dance he is again flesh and blood.

In London, the city where Casement’s last stage were the gallows, on-stage tonight in The Place a fuller comprehension of this remarkable man, will be danced. His physicality will be resurrected. The physical sweat of the male body will remake him.

Butterflies and Bones is Fearghus Ó Conchúir’s work as choreographer. It is also a collaboration with Project Arts Centre as producer and with Dance Ireland as a key partner. 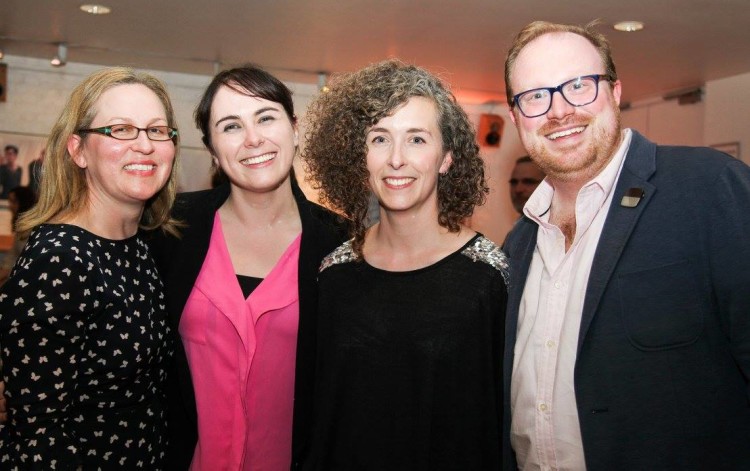 Tonight, in Butterflies and Bones we are making good on de Valera’s promise to Casement that “his name would be honoured”. It is an irony of Irish history that his execution in 1916 and his re-internment in 1966, were both forms of oppression. It is in art, the ultimate seeker and seer of truth, that we see the deposition of the true man. In death his body was stilled. In dance his body is risen and re-found. 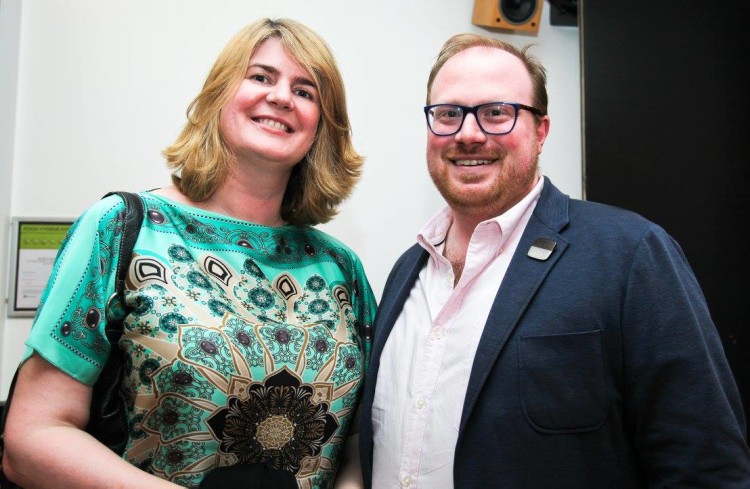 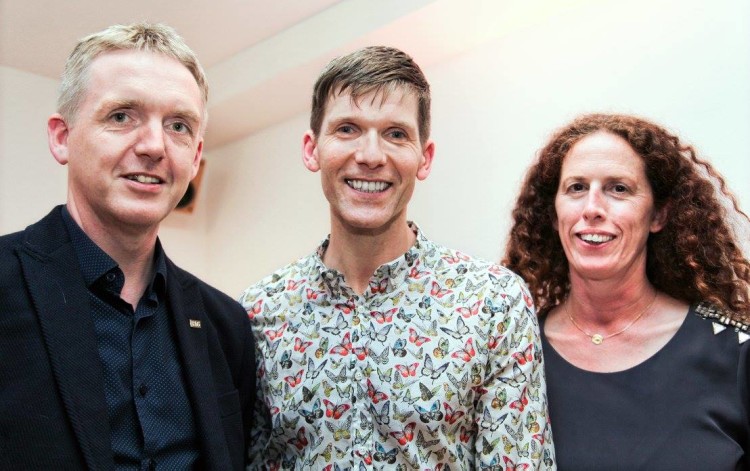 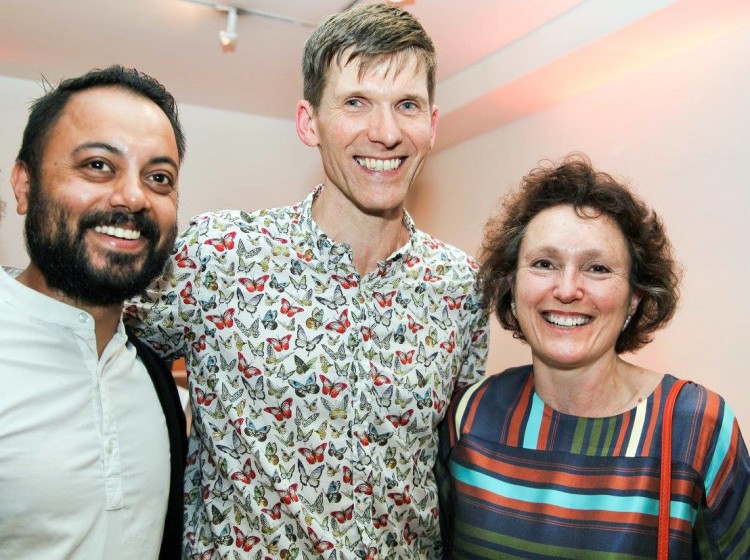