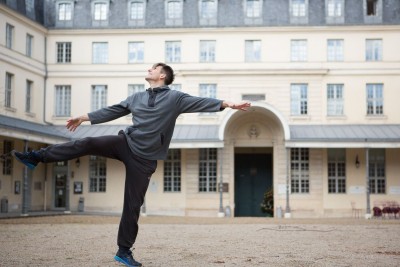 I was in Paris at the beginning of December thanks to a residency at the Centre Culturel Irlandais and at La Briqueterie, the Centre de Développement Chorégraphique du Val de Marne. Every year, the CCI supports Irish artists with residency time (and in the case of visual artists, studio space) in its beautiful premises in the centre of Paris, behind the Panthéon and in the heart of the Sorbonne University quarter. For me, after The Casement Project and the submission of my PhD, I knew I would value some time to begin the process of discovering what route to follow next in my work. So I was grateful to have been awarded a CCI residency to start that process. 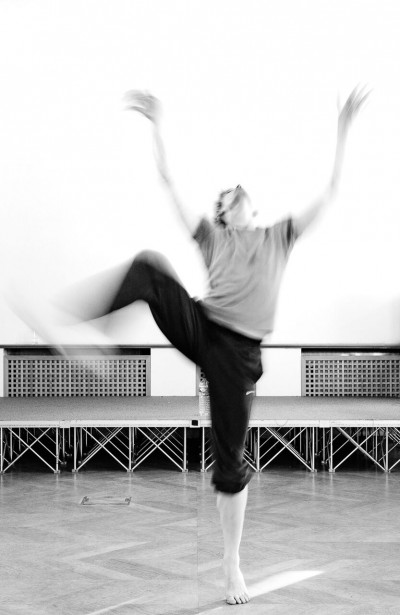 Many of my fellow artists in residence were in Paris for the maximum residency awarded of three months and their residencies were coming to a much-regretted end by the time I arrived for a two-week stint. (I’m back again in 2018). Their immersion in Paris life made me think that my two-week residency was a bit too focused, especially for someone keen on discovering a new route ahead. Though I have performed Cure in its gallery and used one of its lovely rooms as a rehearsal space, CCI doesn’t have a dance-dedicated studio so I was very happy when La Briqueterie offered a week in its beautiful studios in Vitry. 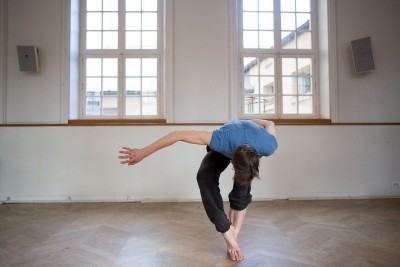 I got to know La Briqueterie when I was Curator at Firkin Crane and we tried to develop a Creative Europe project as part of a wider partnerships of venues. I was impressed by its facilities then but even more so when I arrived and was handed a key to a big studio for my exclusive use between 10am-10pm on weekdays and 10am-6pm on the weekend. It felt like such a luxury to be in a building dedicated solely to choreographic development. While I might have benefited from some time to muse, I also wanted to use the time to work on material for An Táin, a collaboration with sean nós singer Lorcán Mac Mathúna who has written a song-cycle based on the old Irish myth of bulls, greed, Cúchulainn, Maedbh, magic, blood and civil war. I will dance with Lorcán’s live music in a performance at The Model Gallery in Sligo, where Louis le Broquy’s beautiful ink illustrations of Thomas Kinsella’s translation of An Táin will be installed. In his note to the translation, le Broquy considers his drawings to be modest interventions in the text and, after a busy period of foregrounding dance in a deliberately visible way, I’m choosing a more modest approach for this project too. It’s not mine to lead. The focus should be the singing. I will be adding something, but not trying to pull primary focus.

Though I only had the studio at La Briqueterie for a week of my two in Paris, the second week was largely given to preparations for my viva, scheduled for the Tuesday after my return from Paris. I could still enjoy being in the city, enjoy the cycle to La Briqueterie, strolls in the Marais and a visit to the Louvre, to which I hadn’t been since my first trip to Paris as a teenager on school trip with Mr. Shanahan. When people complimented me on my reasonable French, I saluted Mr. Shanahan’s uncompromising Francophilia that gave me such a good grounding in the language. The Louvre trip with its martial figures from various cultures provided some interesting material for me to incorporate into my studio research for An Táin. I remember that similar figures from the Pergamom Museum on antiquities in Berlin shaped some of the Cosán Dearg solo that, through multiple transformations in the bodies of other dancers, still resonated in Butterflies and Bones: The Casement Project. I continue to circle close to fertile territory.

That second week in Paris also introduced me to the very impressive Irish Embassy there. The embassy is in an ornate building just next to the Arc de Triomphe and as residents at the CCI, we were invited to a reception there to mark the launch of a book about Paris’s role in supporting Irish creativity. The reception was on the evening of the day the UK yielded to what were effectively Irish concerns not to have a hard-border between the Republic and Northern Ireland post-Brexit. I was surprised, following a 2016 in which as regular guest of the Irish Embassy in London, I’d heard all the rhetoric of positive Anglo-Irish relations, to find (not from the Ambassador of course), a barely disguised glee at the UK’s weakened position and the positioning of France as Ireland’s most significant (and geographically) closest cultural ally in Europe. Given that my PhD addresses questions of cultural diplomacy and nation branding, I found it fascinating to be part an artist at the Embassy on that evening and to contemplate the increasingly important role the CCI will play as one of Ireland’s two official cultural centres abroad. And that fascination has made me want to spend some more time in Paris figuring out what dance can do with this shifting geo-politics – which is, I guess what An Táin is about too.

I was lucky to be at CCI with a bunch of engaging, talented and above all friendly artists: Karl Burke, whose photographs enliven this post; singer and composer, Adrian Crowley;contemporary art jeweller, Genevieve Howard and photographer and filmmaker, Conor Horgan. Though I didn’t have as much time to hang out with them as I would have like, I did want to make some artistic connection with them before I left. Karl and Conor both took some photographs of me and I listened to Adrian’s music as I worked in the studio. 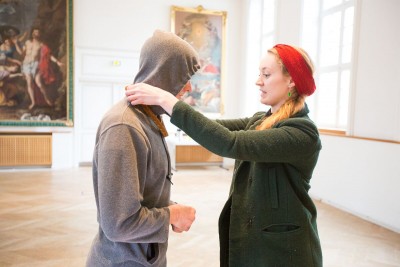 And on the one of the last days, I asked Genevieve if I could dance with some of her work. She was very generous but reminded me the as the pieces are made of paper, my sweating would destroy them. Hence you can see in the photos my minimal movement with the jewellery and and the prophylactic hoodie I’m wearing. But this restriction was productive, as was the knowledge that Genevieve’s work is a translation into 3D of musical scores. Therefore to touch the pieces is already to sense the information coded into them and to be in human/non-human dialogue. 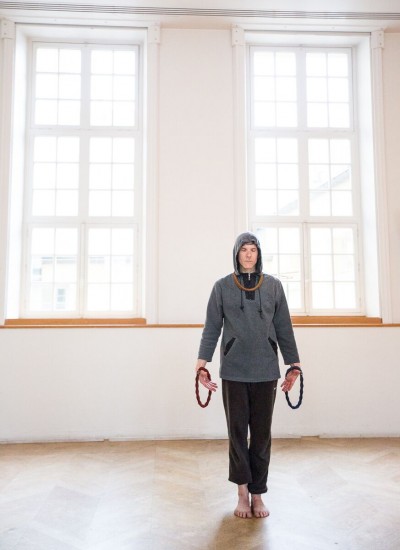