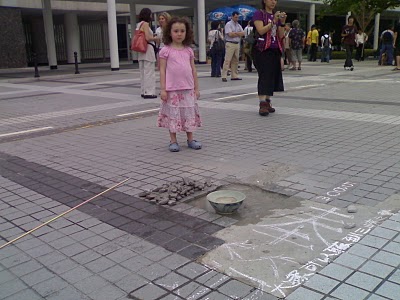 The second day of the Hong Kong/Dadao festival brought performances to the Queen’s Pier area of the city. The afternoon of performance were engaging and stimulating, unfolding in a kind of carnival atmosphere which some individual performances managed to focus and quieten. One such performance was by San Mu (there’s some background on him at http://www.araiart.jp/copro282.html) who opened a space in the paving and made a work that remembered an ancient city, Fengjie, that was flooded to make the Three Gorges Dam. San Mu invited onlookers to listen to the water in a three hundred year old bowl he had placed on the pavement: 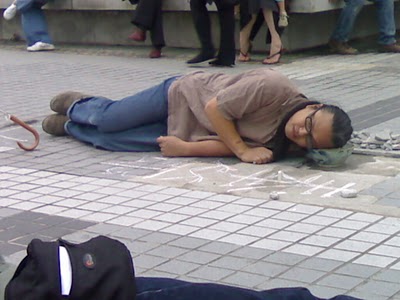 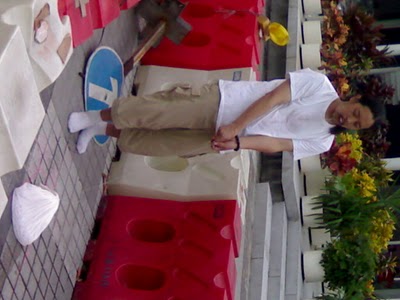 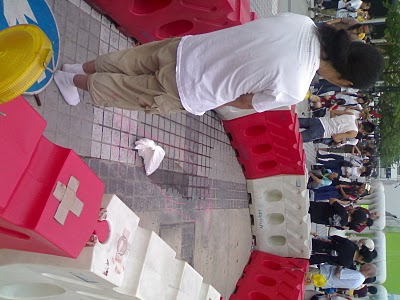 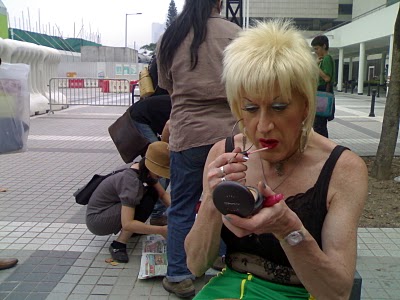 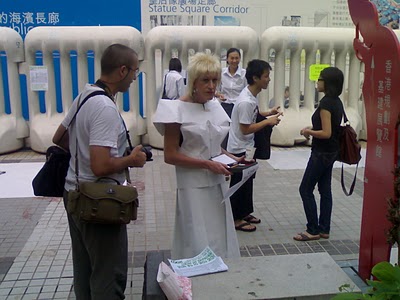 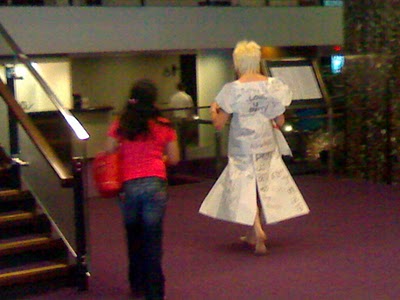 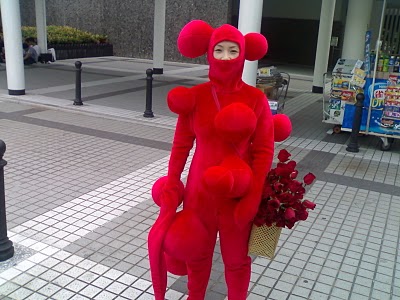 Marilyn Ansem from the US
( marilynarsem.net ) 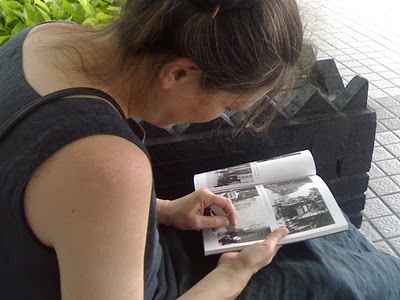