Clarity is important to me but sometimes you have to trust when something works even if you can’t define it. When I invited Sarah Browne to work with me on Tabernacle , I didn’t really know what she would do. In the end, we could point to the Appendix, a pamphlet she created for each of the performances, and to the particular design and proportions of the benches and to the clothing she sourced as visible contributions. 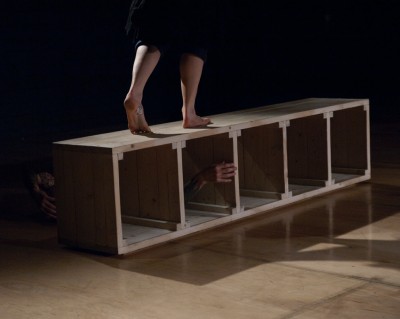 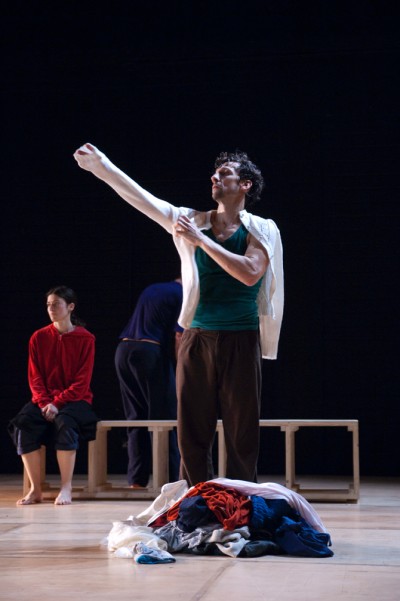 These contributions were tangible and made sense in terms of Sarah’s practice, in particular in relation to her way of dealing with material. However, these material manifestations were just part of a much greater role she played as sounding board, support and stimulus for me and for how I was thinking about the work. We credited all of this work in the programme as Visual Artist. It’s not an inaccurate credit but it’s not specific either.

Last week I joined Sarah in the Shetlands to help her in the making of film that she will show as part of a new exhibition at CCA in Derry. (It opens March 29th ). It’s been stimulating for me to be part of Sarah’s creative process that combines research rigour, a considered ethics and aesthetic intution. She’s generously included me in that process but I’m still not sure how my role could be defined. We’re agreed that I am the Choreographer. However there will be no danced steps, no interventions that abstract the movement of the subjects. And yet I feel my contribution is part of my wider choreographic approach.

I hesitate to explain what Sarah’s film is about since I think the material we’ve filmed in Shetland will tell its own ‘story’. However, I am clear that the point of departure for my understanding of the project was two images of working women. The first is a historical image of a Shetland ‘Kishie’ woman, carrying turf on her back while knitting. 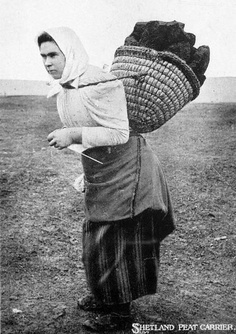 The second is an image of a contemporary woman carrying a child while using a smartphone. These images stimulated me to think about the economic obligation to multitask, the tendency for all of our surplus energy to be used productively. The images relate particularly to women, whose labour is often less visible because it exists in domestic rather than public situations, because it might involve caring and affect. However, in a knowledge economy it is not only affective labour that becomes invisible. There is also a labour in maintaining the personal profile and brand that is required by a networked economy, mediated by the social technologies of private/professional communication.

The Shetlands makes sense to me as a location to focus an inquiry into this experience of labour, and in particular female labour, because the iconic image of the Kishie woman suggests that it is not just a contemporary phenomenon. It has a history, a geography and an economics. A division of labour between the sexes that predates the discovery of North Sea Oil, continues in new forms now that oil has brought money, roads, swimming pools and near total employment to the island.

In preparing for the filming, Sarah and I spent some time together thinking through what the choreographic input could be. As a support rather than author of the film, I wanted to help Sarah to clarify her idea and to understand what she really wanted to communicate in it. It was liberating for me to feel that I could ask questions, propose stimuli and reflect back what I was hearing in her thinking, without interposing my own agenda. This felt to me like the kind of choreography as facilitation that I feel I’ve been developing as I link my work on the Clore Leadership Short Courses to my choreography in the studio.

In Shetland, working with Director of Photography Kate McCullough (who shot Three+1 for now, and Mo Mhórchoir Féin for me), we filmed the fastest knitter in the world (Hazel Tindall) a photographer (Floortje Robertson), one of Shetland’s representatives in the Scottish Youth Parliament (Kaylee Mouat). As choreographer I thought about the rhythm of their activity, the dancing of Hazel’s articulate knitting fingers viewed in close up, the energy of gales blowing on wet roads and loughs. And I tried to see Shetland and these women as Sarah was seeing them, viewed alongside birds at twilight, petrol pumps and smoke stacks. 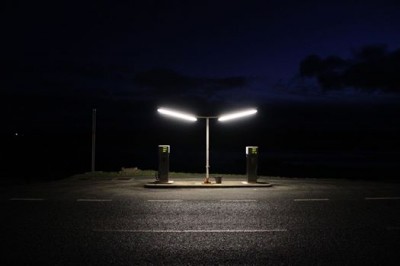 I’m still thinking about what I’ve learned from being inside Sarah’s creative process. She combines detailed preparation and organisation with an openness to instinct. She finds small details that tell big stories. She is quiet but resolute.

Here is Sarah’s blog post that makes clear her thinking on the project. 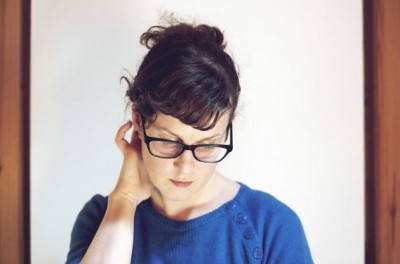