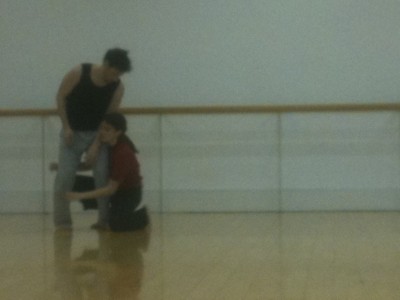 It’s the end of week one of our two week modul dance residency at the Place in London.  I’ve been waiting for this for a long time – for the opportunity to rehearse work here in London and for the moment when the dancers would gather to begin work on the piece that I’ve been thinking about and preparing for this past year. 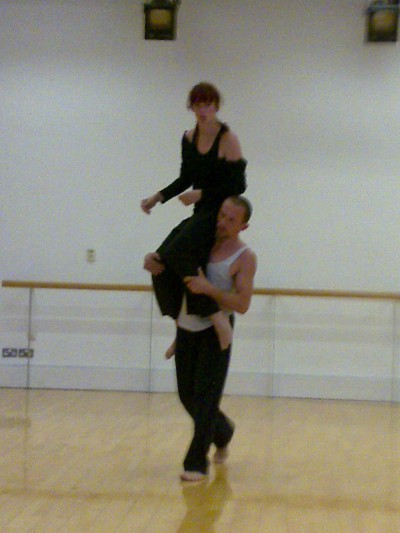 At the end of the week, Manuel Vason came to watch the dancers improvising with some of the material we’d designed during the week.  Manuel is a photographer with whom I’d collaborated on images from Cosán Dearg and I’ve asked him collaborate with me on creating an image for Tabernacle.  He’d read all that I’d written about Catholicism and the Irish body but was surprised therefore, looking at the dancers working, that none of the iconic images of religion were appearing.  He did remark immediately on the evident experience and skill of the dancers. 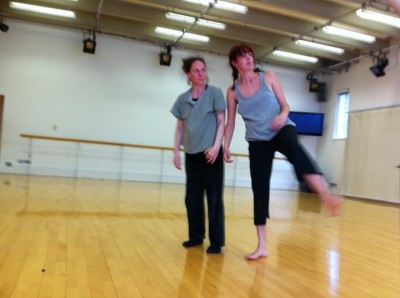 And he’s completely right in both his observations:  with Matthew, Mikel, Bernadette, Elena and Stéphane, I have a cast of dancers who have danced around the world with renowned companies and choreographers.  I was particularly lucky this week that they’ve been joined by Peggy Grelat Dupont who also visited during the Starlight Blank Canvas residency in Cork before Christmas.  Another seasoned and exquisite dancer, Peggy has become an integral part of the process and I will miss her next week.  Maybe the missing her will inform the piece or maybe it will be transformed into something else.  Whatever happens her generous input into the piece has already helped it come into life. 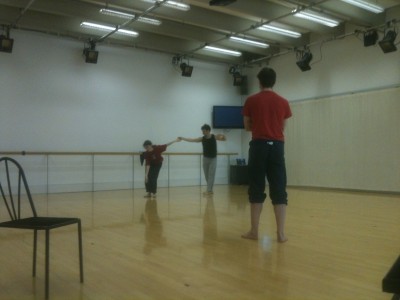 Manuel is also right when he doesn’t see any obvious religious symbolism (although I can see the Piéta).  This week I’ve taught the dancers my solo from Mo Mhórchoir Féin.  I’ve done that because I wanted them to have it as a physical starting point as it has been for me in developing Tabernacle.  Also, knowing that I wouldn’t be in the piece myself, I wanted them to carry something of me into the process. 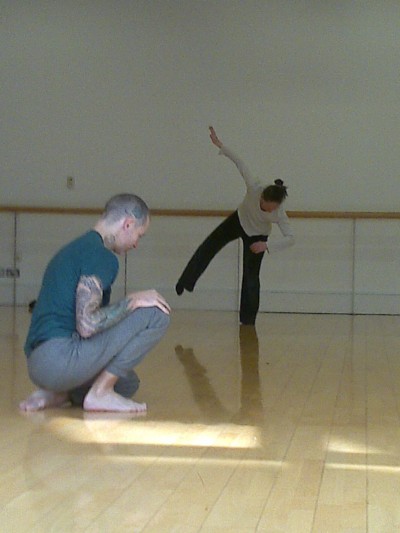 We’ve also talked about religion every day but  I haven’t ask the dancers to represent that in movement.  Digesting Manuel’s surprise at this lack of expected signifiers, I realise that I don’t need the dance to represent anything.  That’s because dance is something.  It is already a kind of knowledge, a way of being that I think is worth offering as a model of how individuals and communities can organise themselves in relationships that confer meaning on their individual and communal existence. 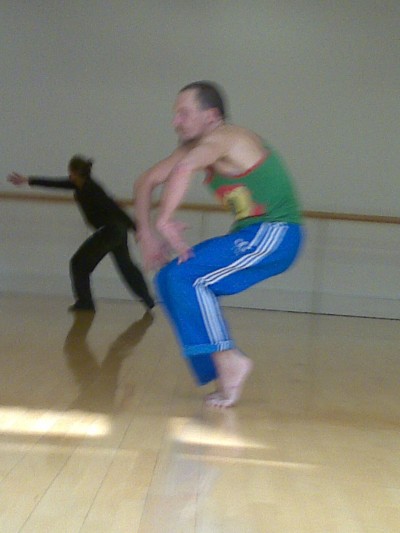 Of course it is a particular kind or way of dancing that I’m talking about and it is the skill of these performers as generous humans and articulate movers that allows me to reach towards that ideal of dancing whose insights I think it is worth sharing with the rest of society. 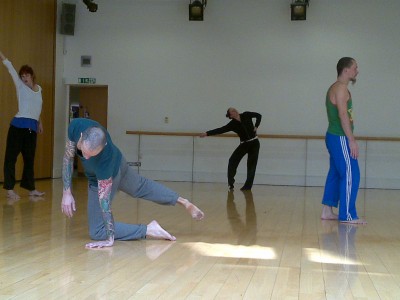 Independent dancers like Bernadette, Mikel, Elena, Matthew, Stéphane and Peggy are used to arriving in new environments and to having the resilience and resourcefulness necessary to build new choreographic structures that organise how they relate.  This skills of resilience and resourcefulness seem particularly relevant in Ireland at the moment as people still reach for new structures to build their way out of an economic and moral crash.  For many the pursuit of money replaced religion in providing an orientation in personal and national life.  It’s time to work out how to orient ourselves for the next part of the journey.

I’m paying attention to what the dancers teach me.