I’d seen Annie Hanauer perform and knew her energy and articulate physicality up close from having been in class with her, but it wasn’t until I saw her dancing in Emmauel Gat’s ‘Sunny’ at the Dublin Dance Festival that we had a chance to talk.  And from that conversation, I knew I’d want to dance with her some more.  I’ve never held an audition, so it’s mostly through these encounters that I’ve been able to work with the dance artists I have.  The Wetlands residency has given me an opportunity to extend hospitality to others, and to have a framework within which to try out new creative relationships and that’s what I did with Annie.  Of course, I felt I had to explain that there was no conventional dance studio, that we would be outdoors, that we would be public all the time and that all of that would be exciting and artistically nourishing, and surprisingly tiring, demanding a different kind of physicality and presence to what one might usually use in a studio.  Fortunately, Annie didn’t need to be convinced at all and was happy to join me in inserting dance into the spaces available to us on the Wetlands. 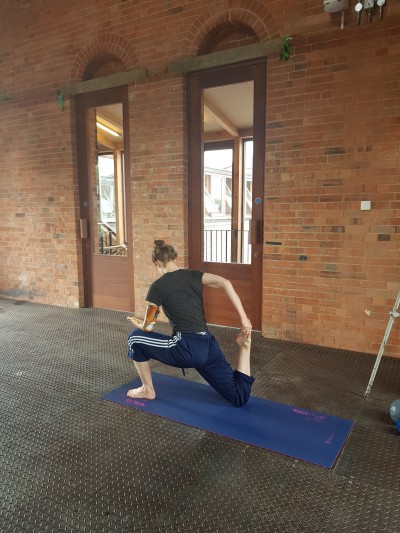 It was particularly useful for me to have to explain to someone else the process of working I use and take for granted in my dancing on the Wetlands.  This has less to do with how to move than where to put one’s attention, to notice the external/internal stimuli and impulses that might then manifest as movement or transformations of our bodies.  And it was such a pleasure to be able to share the  work with such a receptive and intelligent movement expert.

Here’s a long dance we made on the slope of Lockwood Reservoir.  It goes from being a solo, to a duet, to a quintet when young men happen on us.  In fact it’s a symphony of sensations and references, human and non-human that animate our interaction.  We are dancing  interdependence