You Tube and the US Presidential election 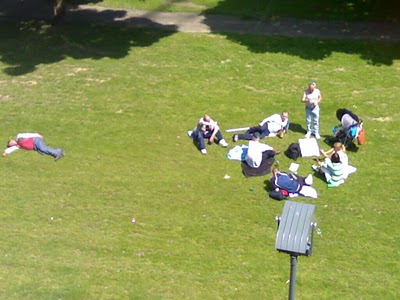 An article in today’s Observer (http://observer.guardian.co.uk/review/story/0,,2121069,00.html) describes the impact of You Tube and its user-generated content on the US Presidential election campaign.

“The notion of a ‘citizen ad’ is an intriguing one, suggesting as it does both a citizen’s arrest – the idea of doing something without pay for the public good – and Citizen Kane. You can, from the privacy (and affordability) of your own home, have an effect akin to that of a mogul. Professor Kathleen Hall Jamieson, director of the Annenberg Public Policy Centre at the University of Pennsylvania, and one of the country’s leading experts on advertising in political campaigns, considers this development and says: ‘There’s a saying in the United States, “The press is free for anyone who owns one.” That’s no longer true. You still have to have some income, because you have to have a computer, but the cost of getting access to the public has dropped dramatically – and that goes back to the early days of the republic, when there was more capacity to simply post things. The American revolution was fed by individuals who could easily get things into circulation, in part because the public was so small. When we moved to mass channels of communication, the ability of the individual to affect politics dropped, and to some extent that’s been regained now. It changes the rules, and I think it’s healthy.'”

I am excited about the freedom and diversity of expression this citizen action allowed and self- flatteringly imagine my own work to be of a piece with the ethics and method of such citizen action. My dances in unexpected places, shared with whoever see them, live or in this blog, are intended to be a kind of permission to wider freedom, a suggestion of more possibilities than are usually explored.

But a quotation from Phil de Vellis who made one particularly noteworthy pro-Obama video that made me ask myself about my own commitment to engaging the public: “you have to actually interact with your audience out there, and a pretend conversation is not enough”.