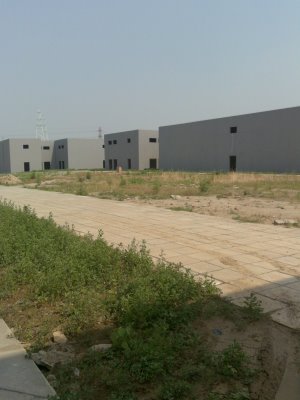 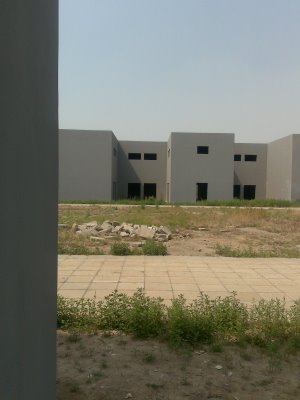 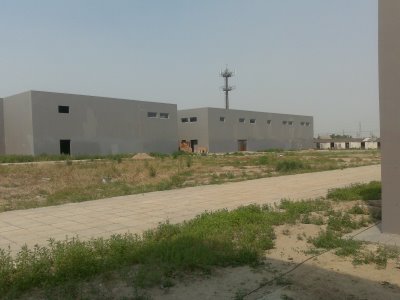 Next to the red brick gallery in which I danced last week is a compound of unfinished studio spaces. On Stéphane’s last day in Beijing I brought him there to see if we could use the space. There were a couple of guys hanging around but when I approached them to ask them what they knew about the place, they said they didn’t know. They cleared off, leaving us the expanse of courtyard to play with.

The buildings are not beautiful but it still astonishes me that the resources committed to their construction should have no outcome except to provide empty space for people to use as toilets; or for me to use as a backdrop for my research.

Unlike the solo material which I prepare in advance, adapting what I’ve brought to the conditions which I find there, with Stéphane the dance is improvised. It relies on the structure of a familiarity with one another built up over two years of working together. The outcome is takes longer to unfold than my constructed material. It explores rather than move forward to a predetermined outcome. Of course, in the constructed material, I think that though the destination is predetermined, what is learned and who I will be when I get to the end is unknown.

Dancing with someone else in these spaces is less familiar to me and though that’s good, I haven’t yet comprehended what it means for the work.

Stéphane’s visit to London has allowed me some precious time in the studio and a chance to open myself to the thoughts that movement stirs in me.  It has also left me with precious material to look over in video form and sensations to process of watching him dance that already nudge me a step closer to the new piece.

I taught him material from the Mo Mhórchoir Féin solo as the starting point for a deconstruction of that movement as sacred text.  It makes particular sense with Stéphane since he was with me during my residency at the Red Gate Gallery in Beijing last year, when that material first emerged (who knew it would end up in a church in Dolphin’s Barn and on RTÉ?).  I also asked him to recall whatever physical memories remained for him of our improvisations in Beijing – something he did with evocative attention to quality and detail.

Seeing the result has made me think, as I often do, about what wasn’t there – what had been, who isn’t – and how that absence is palpable in the presence of what and who is. 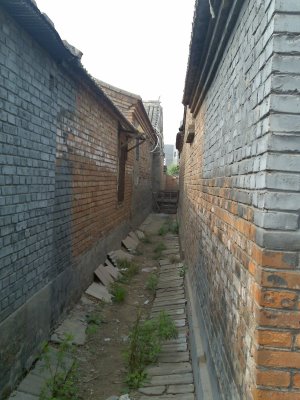 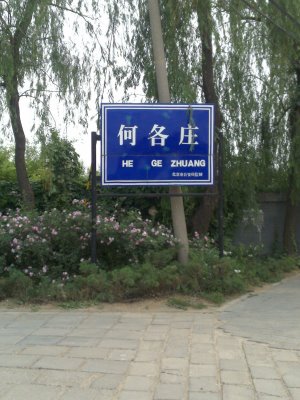 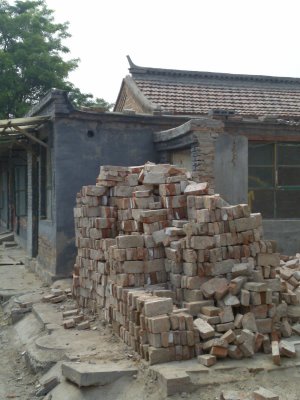 Opposite the unfinished gallery mentioned in my last post is the village of He Ge Zhuang which has become an exemplar of refurbishing villages in traditional style but with contemporary facilities. The project is the work of the couple who run the very tranquil Orchard restaurant in the village and who have set up the YinYang community centre too ( a mixture of Western Psychotherapy practice, Traditional Chinese massage, pilates – somehow very New York and tranquil and chai latte). 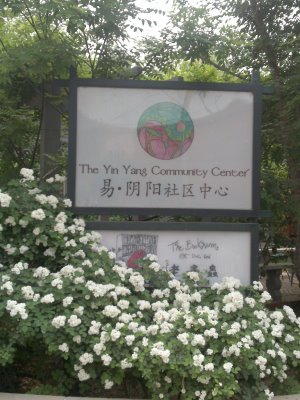 The Orchard also runs a charity to support the children of migrant workers in the He Ge Zhuang. Also through a project called REAL LIFE they intended to make some of the renovated traditional houses available to expats. Their publicity blurb goes like this:

Tired of living in a gated compound of luxury villas?
Wondering from the 27th florr of your downtown high-rise apartment whether is possible to live closer to nature?
While expats have traditionally enjoyed a special status in China, some have described the gated community lifestyle as far too removed from the reality of the Middle Kingdom. ‘It’s so fake,’ we often hear people tells us.
In 2007 the Real Life Beijing Co.,Ltd., signed contracts with the local government officials to renovate several courtyards in the village of Hegezhuang in Cuigzhuang Township.

Most importantly, this project seeks to not marginalise the residents of Hegezhuang, but rather to improve the lives of both the villagers and the Real Life clients. Clients sign a long-term lease with the company which in turn provides a fair income to the village landlords. The clients, in turn, have the opportunity to enjoy a lifestyle not readily available to expats in Beijing, and which is protected by the Real Life company with official approval by the village and township governments.

I wish them well but there are murmurs of anxiety in the brochure copy, little nodes of tension not far away: ‘a fair income’, a lifestyle ‘protected’, ‘official approval’. And the Real Life name sounds like the title of an organisation in some dystopian novel.

The fact the village is surrounded by trees makes it particularly peaceful. 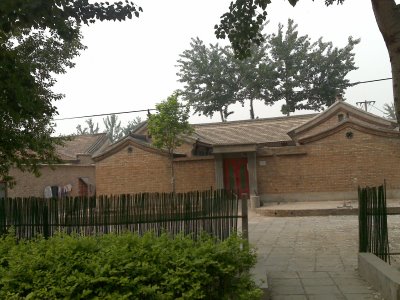 Some of the village houses seem empty awaiting renovation. 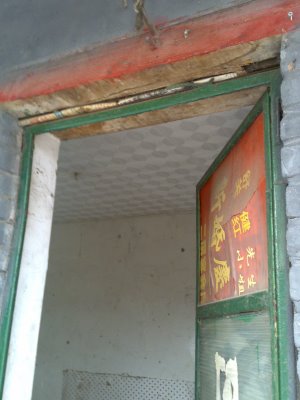 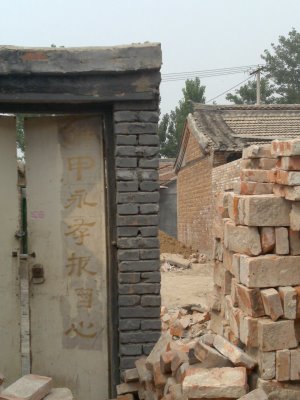 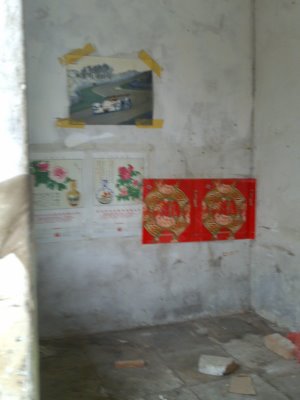 It’s quite beautiful and I hope it works out for everyone.