Recognising that I have found already several niches for myself in Dublin, I also realise that the city is already full of connections I’ve made with other people, connections that have a particular power when they have been made through shared creativity and corporal expression. Those connections are alive in me as I continue to experience the city in the company of new colleagues. 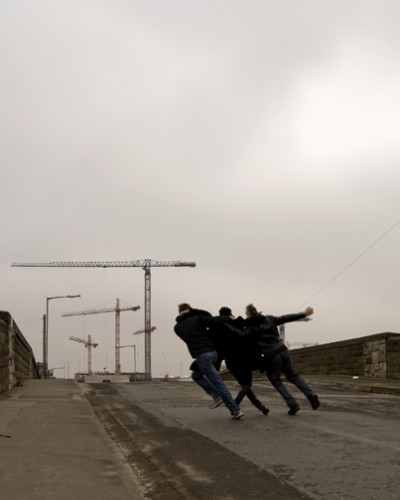 On Monday, I brought our E-motional group to Howth and introduced them to the Martello Tower and to Pat Herbert who runs the Radio Museum there. Hearing him ‘perform’ his history of telecommunications in Howth surrounded by his Aladdin’s cave installation of radio paraphernalia, I remembered how important the radio museum with its idea of communication was to the Tattered Outlaws of History. Pat’s spirit of generosity and his enthusiasm also fed the work and helped shape its relationship to the people of Fingal.. 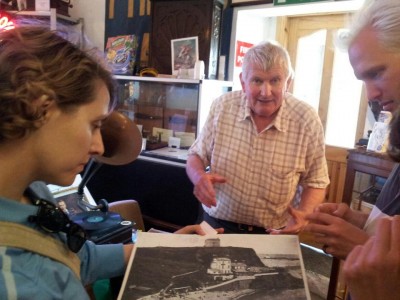 Pat Herbert, Ye Olde Hurdy Gurdy Musuem- Arianna and Luke All of this was with me as I introduced the some of the Docklands where I've done a lot of the Bodies and Buildings research to the E-motional group.

As we walked around the streets, I remembered similar walks with Matthew, Mikel, Bernadette, Stéphane, Jarek and Elena. I could remember them dancing and feel their energy in my body. As I think about Cure, my next project with the Tabernacle dancers where they choreograph for my body, this idea of taking on their energy, their patterns, their insight is important and of course complicated by the fact that I know them through their involvement in my work. So we are connected in many complicated ways. 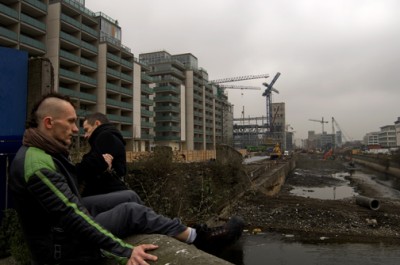 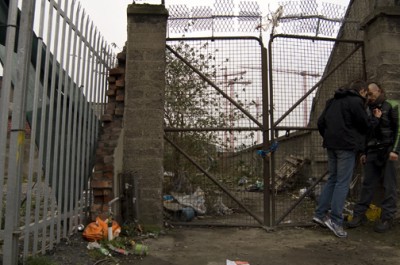 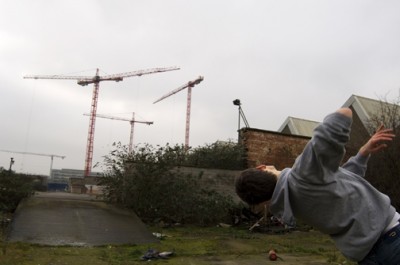 This idea of connection came up again in response to our visit to the Macushla Dance Club. I wanted Luke, Arianna, Madalina and Olga to meet the group for a number of different reasons. These older bodies offer another perspective on the city. They are for the most part Dubliners born and bred so they carry a particular history in their bodies that Ríonach releases and extends in her creative work with them. And I wanted them to meet some more friendly people. We started with the cup of tea and chat downstairs in Dancehouse and joined the group for its weekly class. I danced the Mo Mhórchoir Féin solo for them and was touched by their generosity in watching it, absorbing it and engaging with it through their subsequent questions and observations. Even though I danced, I felt they were supporting me and was moved by their willingness to include me in their community. And again I recognised that I have a history with Macushla from making Sweetspot for them to including Marie in Mo Mhórchoir Féin and so when Ríonach taught us all a phrase developed from Marie’s imagination it was if I was home, connected. Maybe this is what my work aspires to. 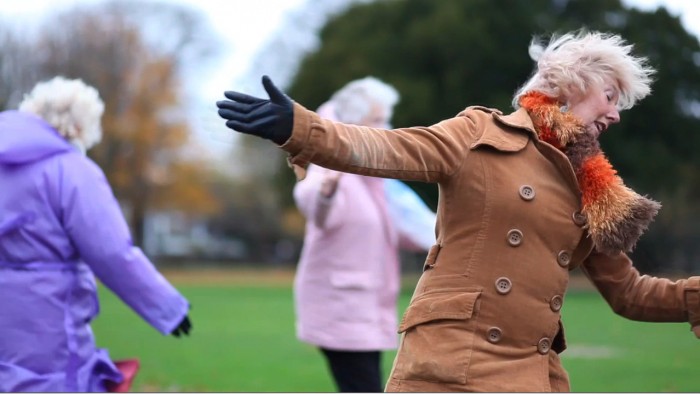