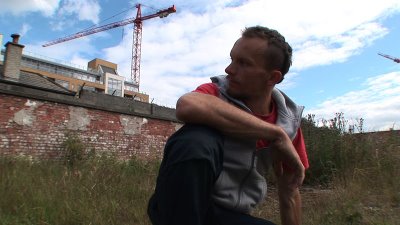 I met Stéphane Hisler in Dublin in 2007 when I was Artist in Residence for Dublin City Council and when he was dancing there for other Irish choreographers. Since then he’s been part of the creation of and performed in a number of my works (Niche, Three+1 for now, Sweetspot, Tabernacle), contributing his characteristic passion, fierce physicality and generous support. More recently, we’ve swapped roles when I asked him to be one of the choreographers of Cure.
Our work together has been based on a shared physicality, though I am not as physically fearless, gifted or strong as he is, and it was encouraging to work with him on Cure in Melbourne where he now lives, to find that I still have some of that energy in my body.
Geographical distance between us makes it less easy to find opportunities for Stéphane and I to work together. Cure proves it’s not impossible. Stéphane’s work with Snuffpuppets (who hosted the Melbourne leg of the Cure creation) provided another opportunity recently when he toured with them to Romania and got in touch to say that he wanted to use the trip for us to maintain a dancing connection too.

We rehearsed in Walthamstow at the KNI Foundation studios where I made Porous last year. It was a pleasure to make the short trip there each morning, to dance alongside Stéphane, sharing a familiarity of physical commitment and building on that familiarity to find what we could communicate next through it. We spoke of the value of our shared history in dance and in friendship as a choreographic resource, a shared history that is already a material to work with. I’ve become increasingly conscious of my appetite to acknowledge, draw on, strengthen and energise the networks I’ve established over the years. These networks are professional and international but they are also networks of friendship that teach and support me. Despite being international, geographically dispersed and irregularly activated, I trust these relationships and the care they provide. 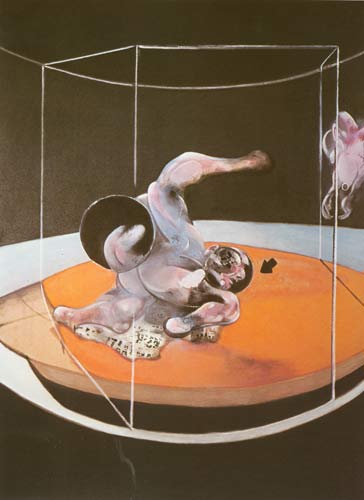 I brought to our research my ongoing preoccupation with permeable borders, introducing the notion of smear that I’ve taken from the paintings of Francis Bacon. In many of Bacon’s paintings, I see the organic viscerality of human shapes smeared against linear frameworks and cages. The human body exceeds its corporal borders, (violently, erotically) but does so in relation to external formal structures. Smear wasn’t difficult for Stéphane and me since our dancing together invariably produces sweat and a slippery contact that generates movement beyond the direct lines of pressure and intention. Sweat crosses the body’s skin border, and does so involuntarily. It is not really consciously controlled even if we can generate the conditions that call it forth. Emotional states such as fear also generate sweat as an involuntary exceeding of physical containment. Sharing sweat creates a space of mingling of our insides in a shared point of generative contact. Bacon’s studies of wrestlers in quasi-sexual, quasi-combative intertwining came to mind in parts of our movement. 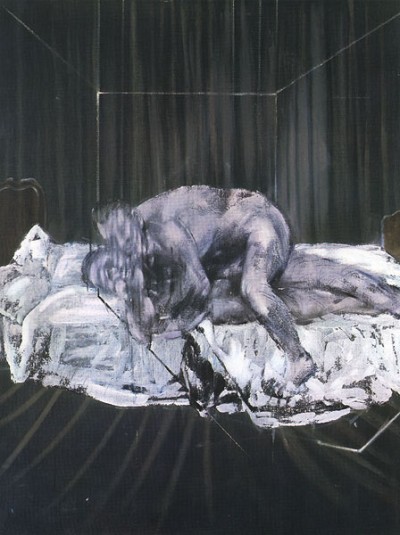 We finished the week with physical material, with ideas and with an appetite to give further shape to this work. It’s good to have a shared project to plan for. 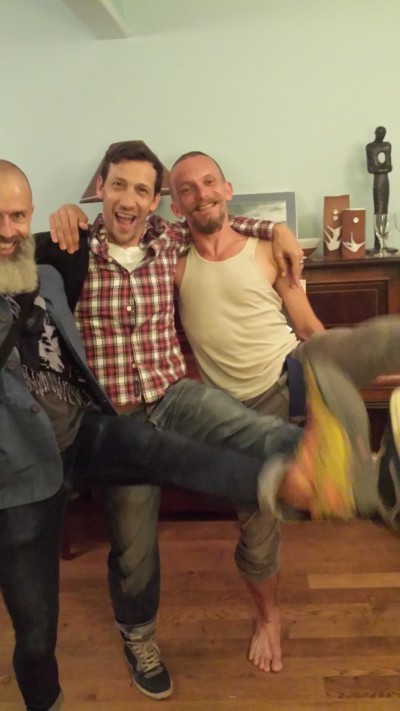 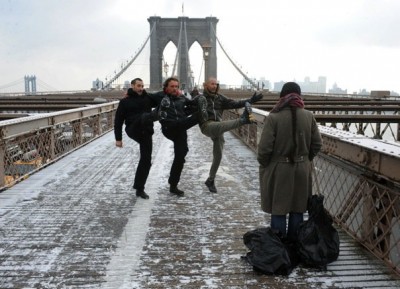